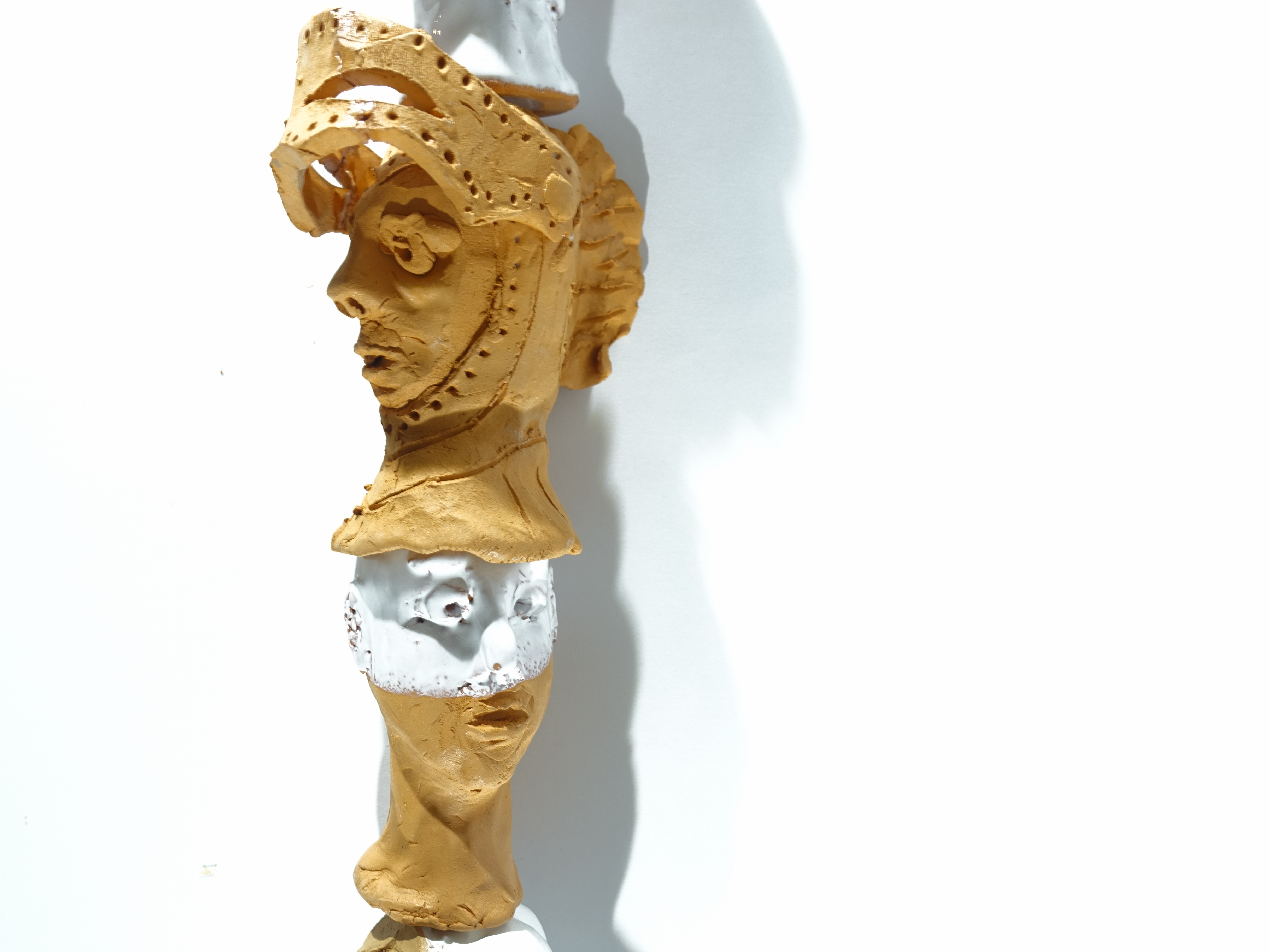 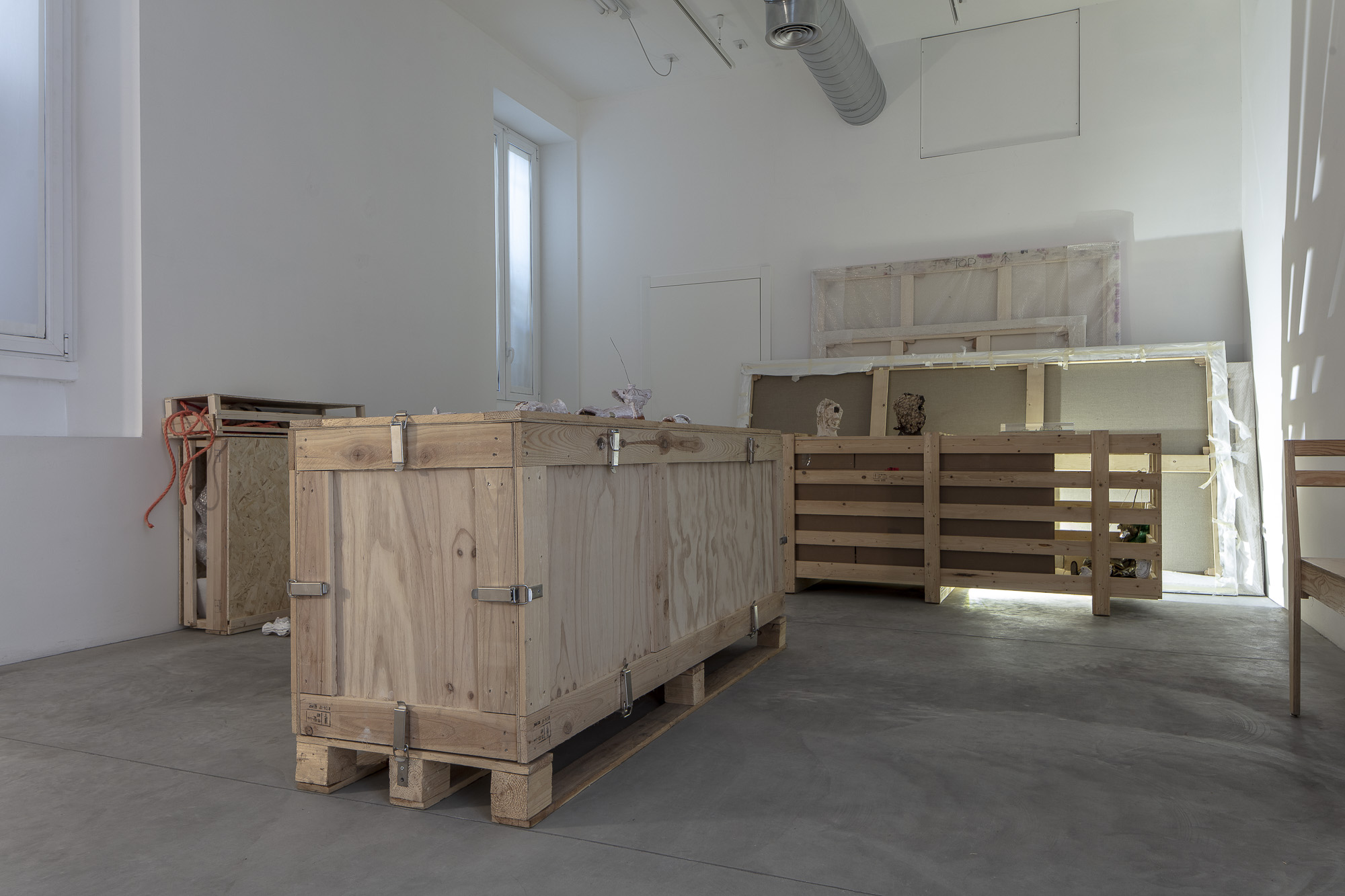 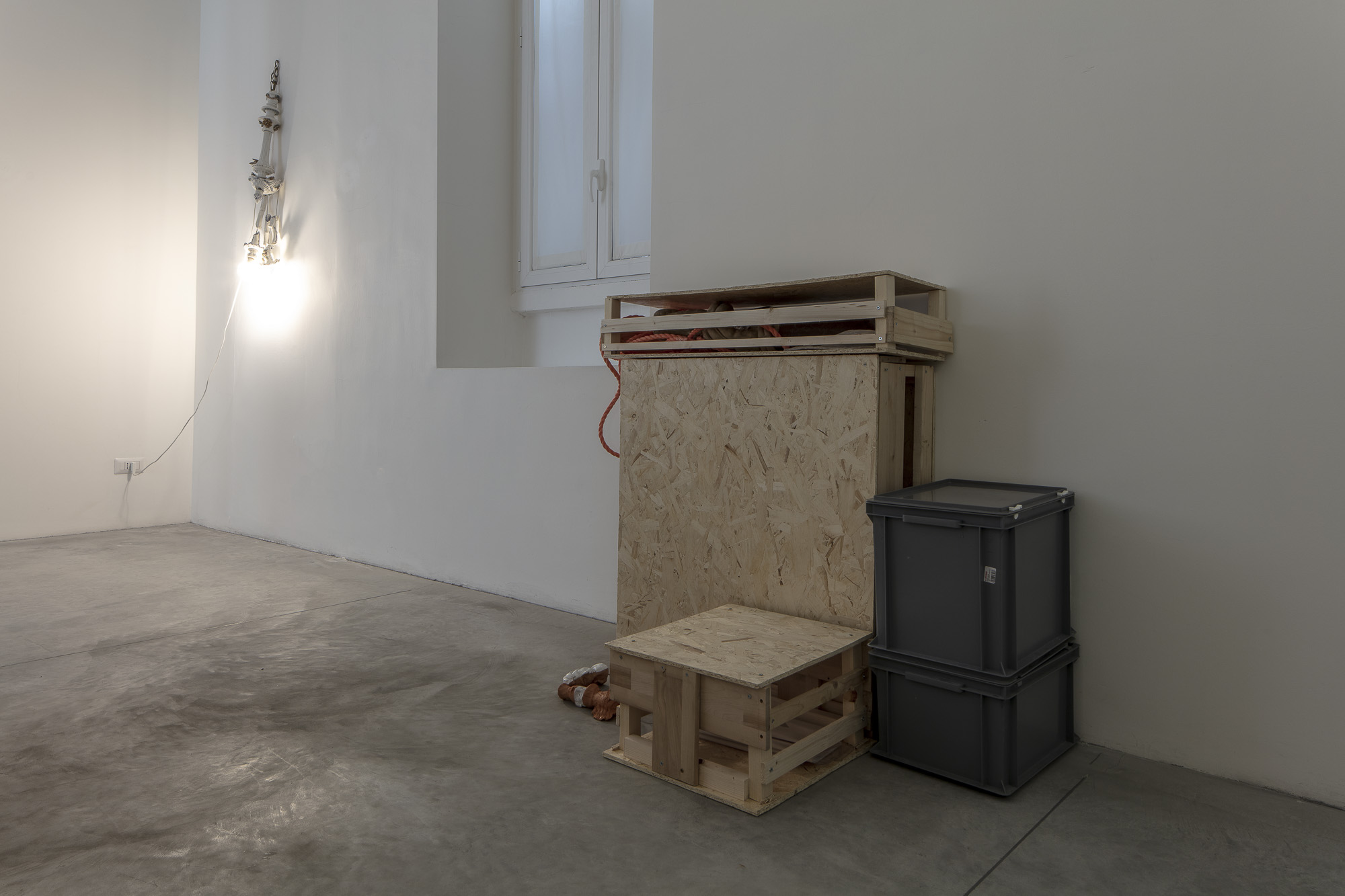 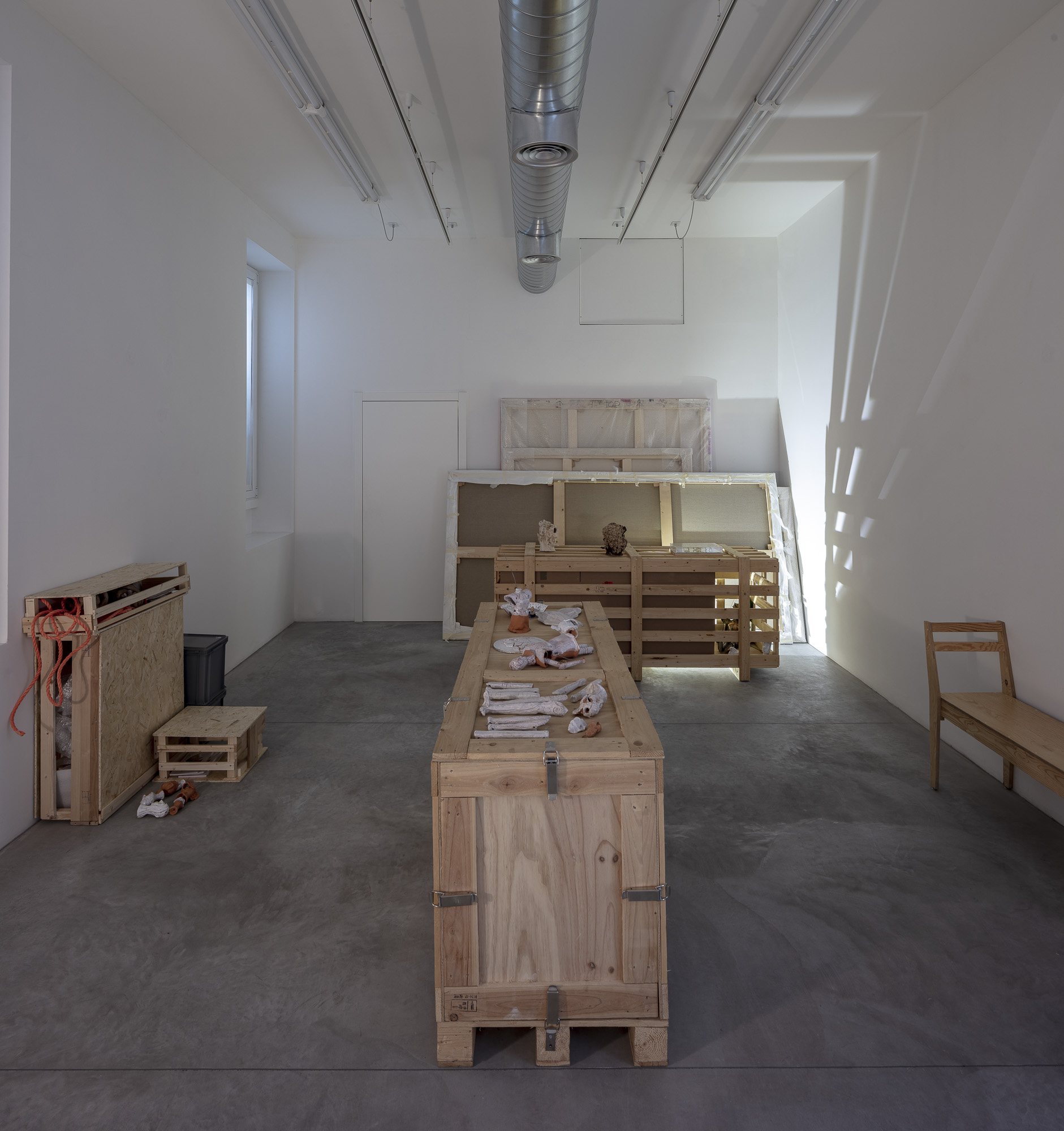 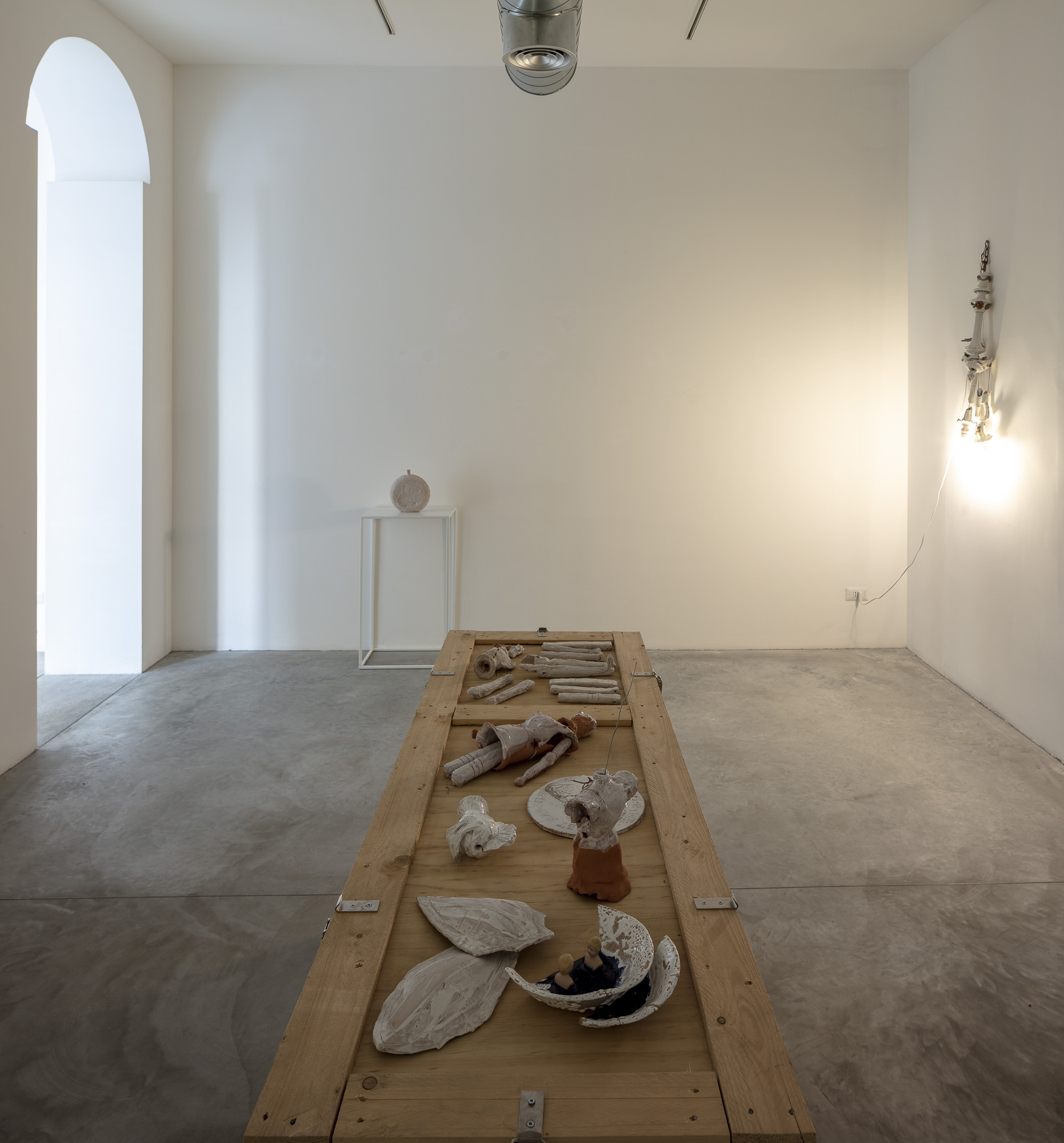 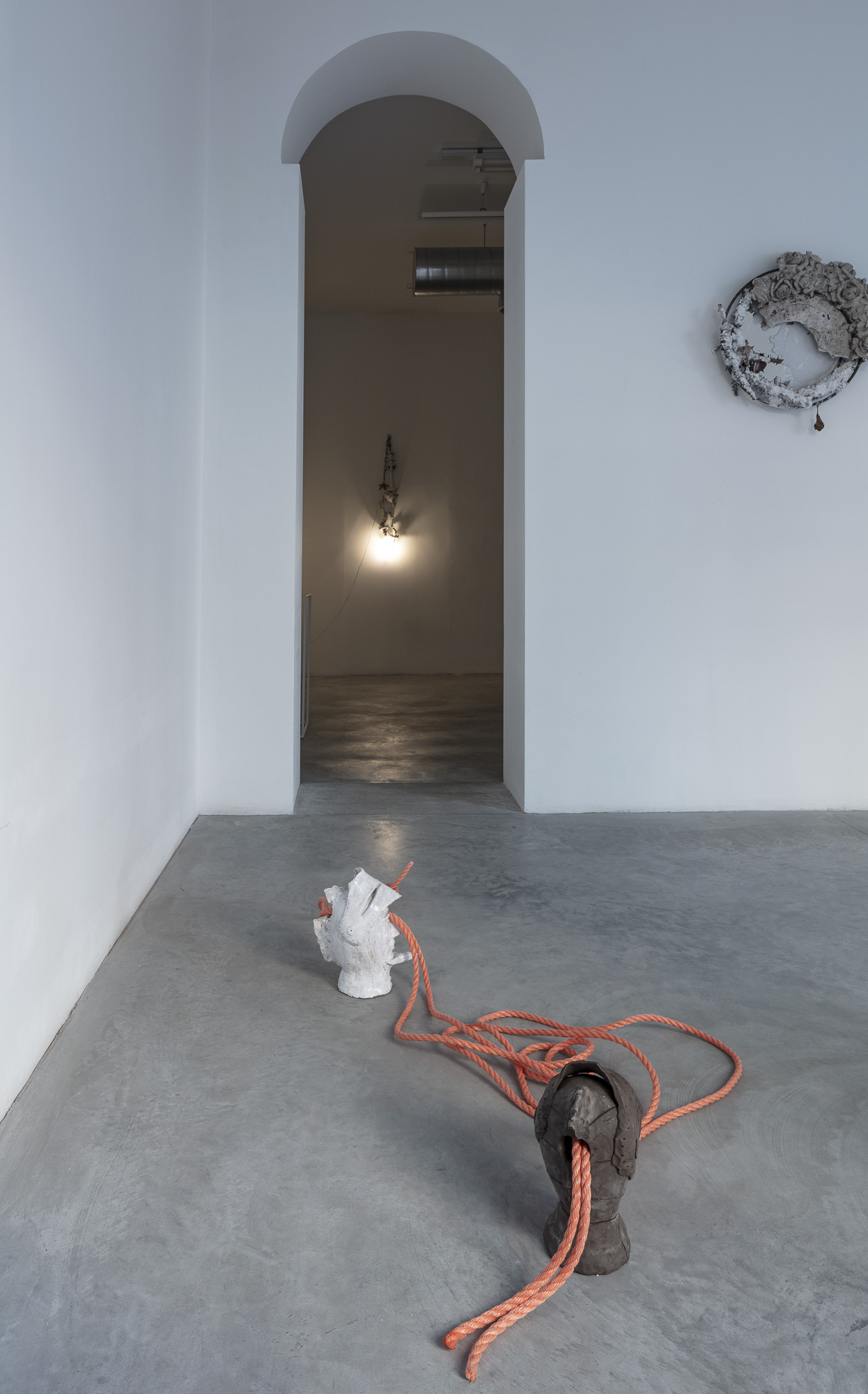 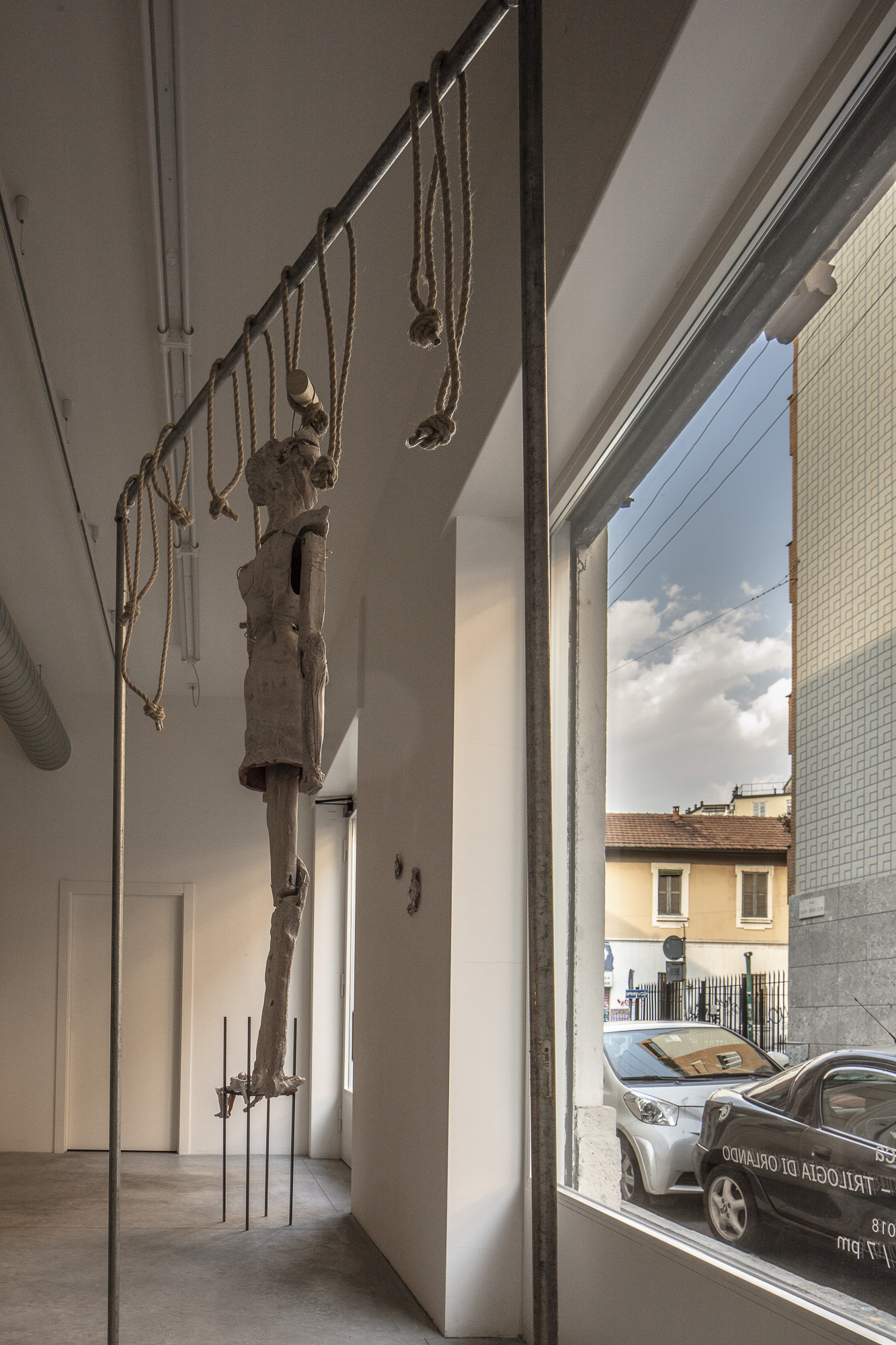 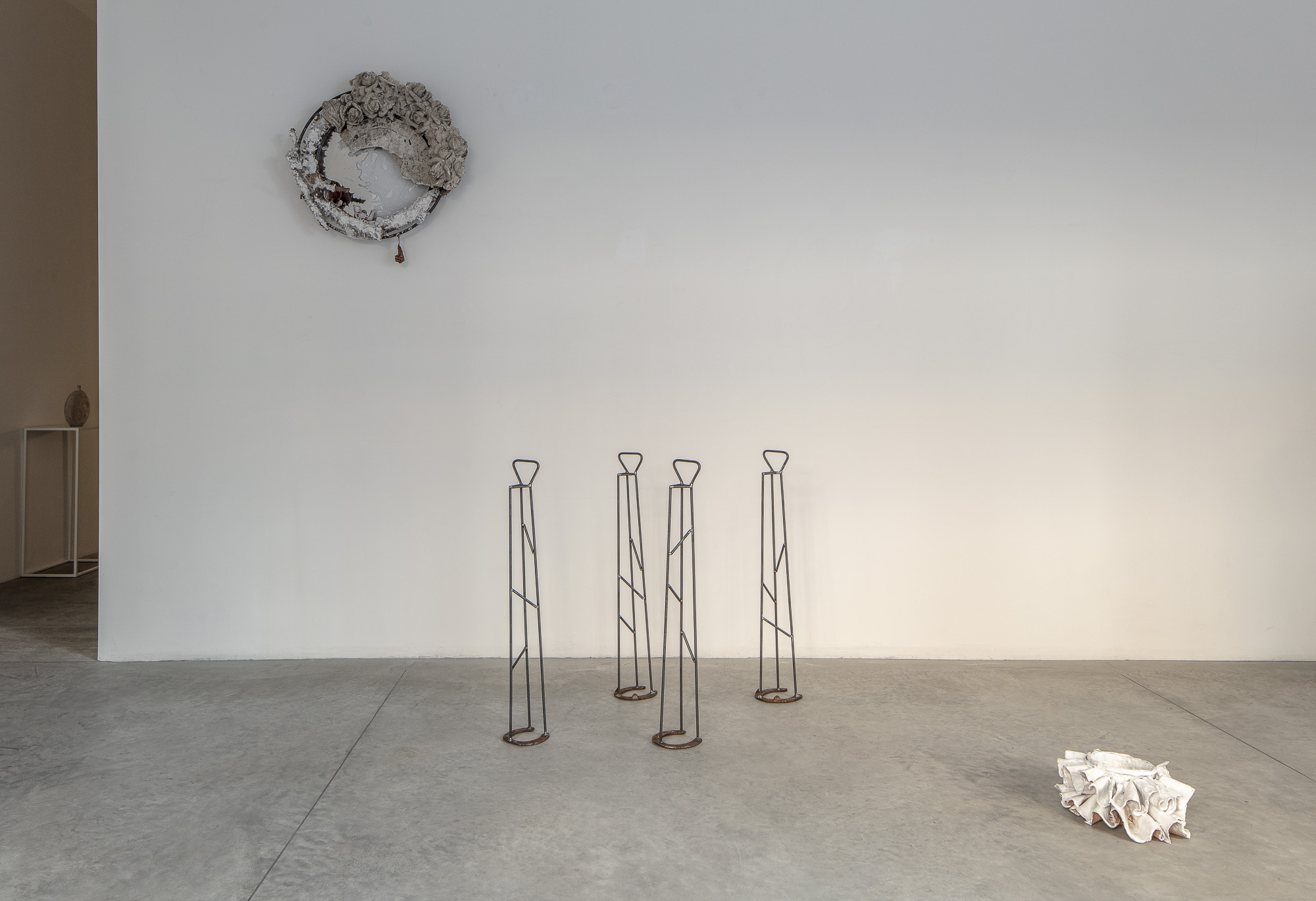 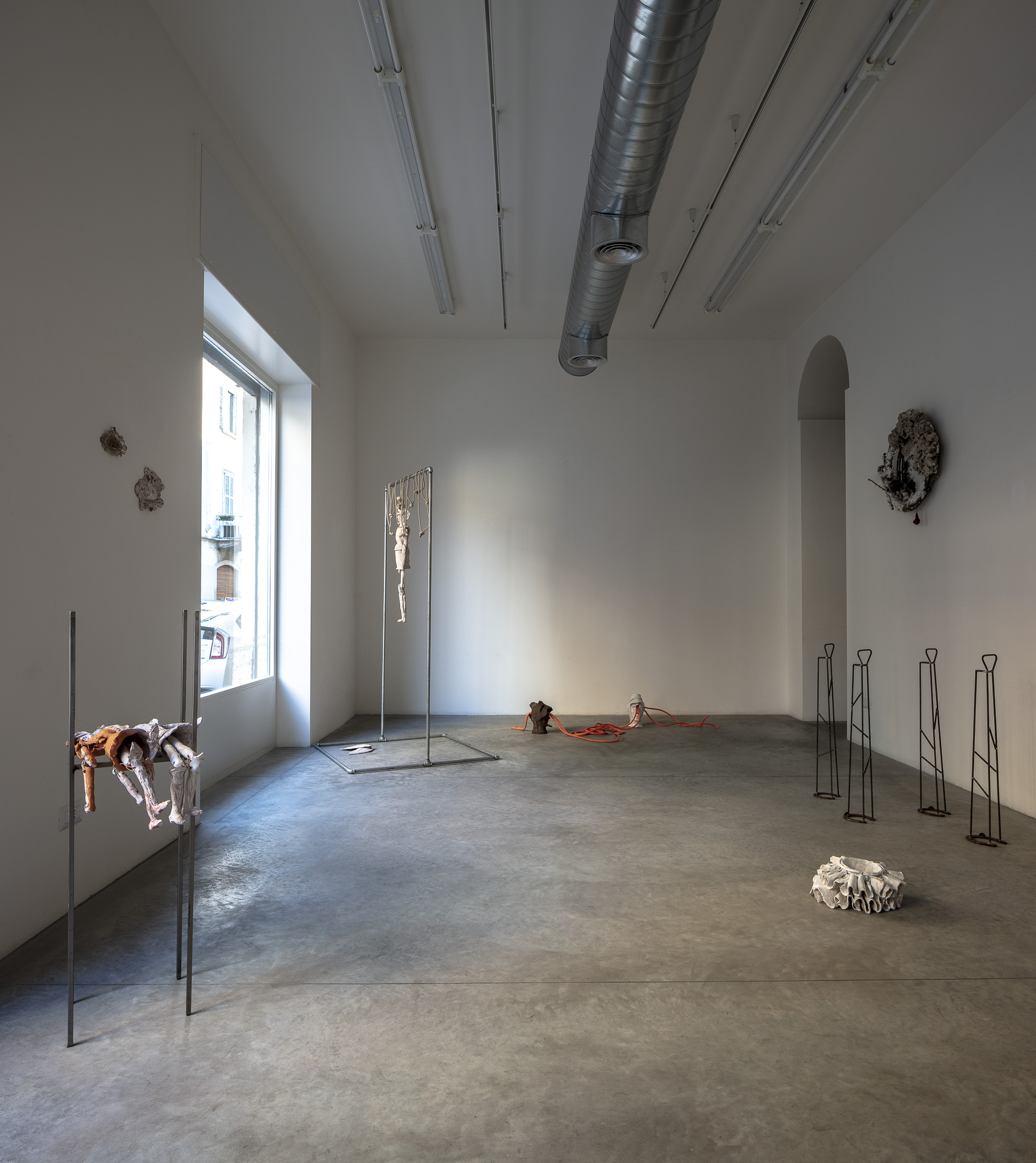 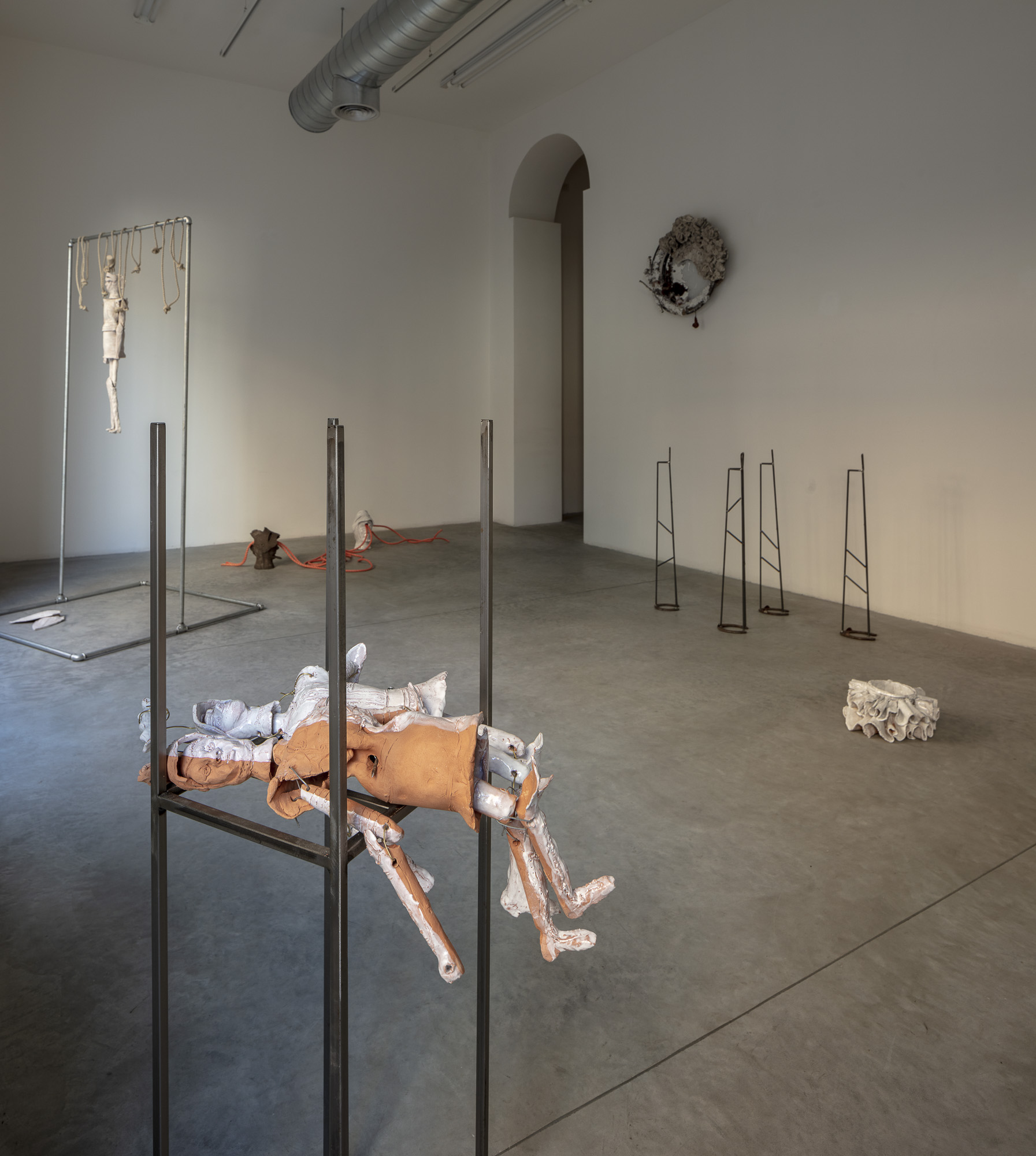 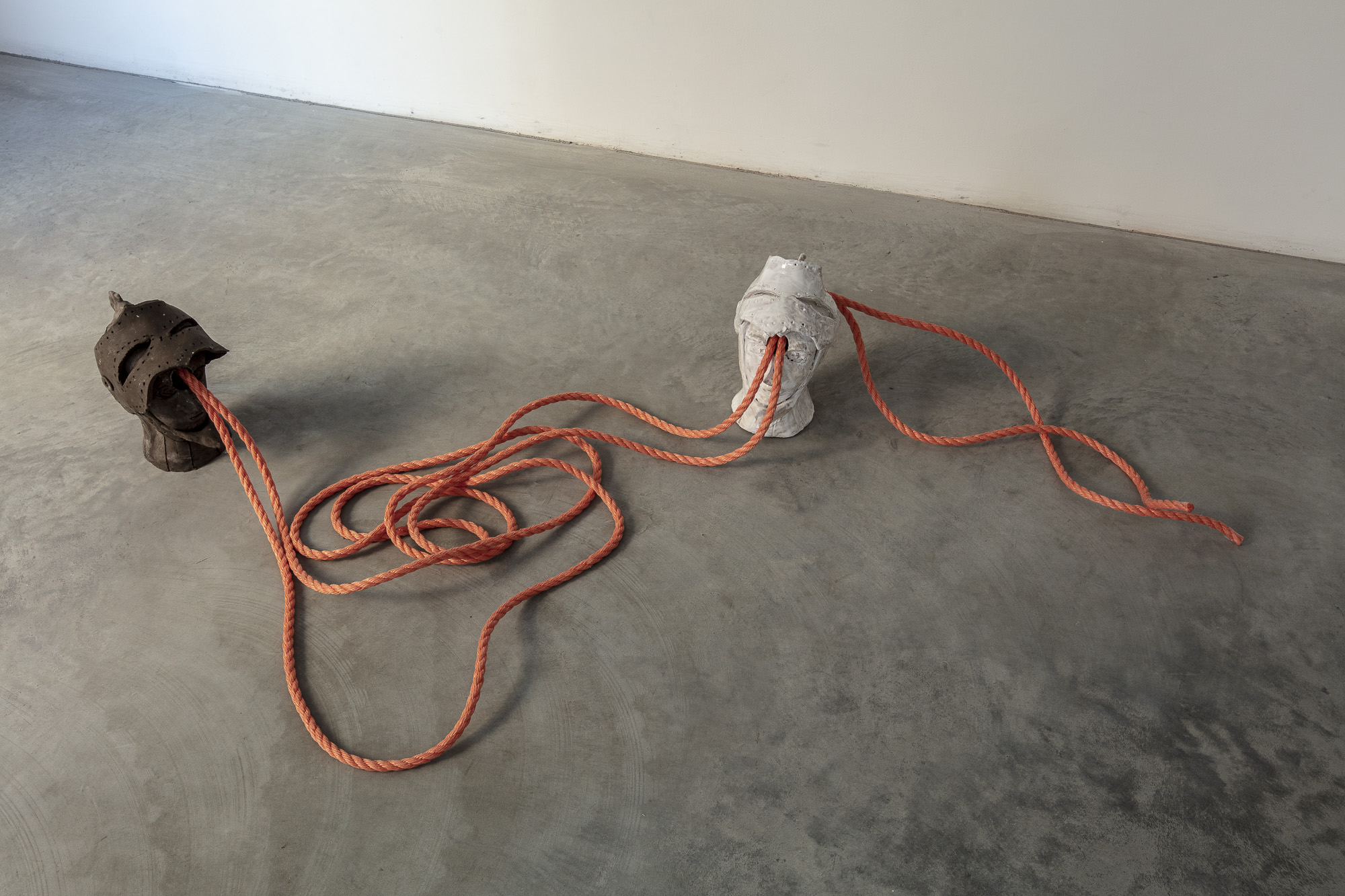 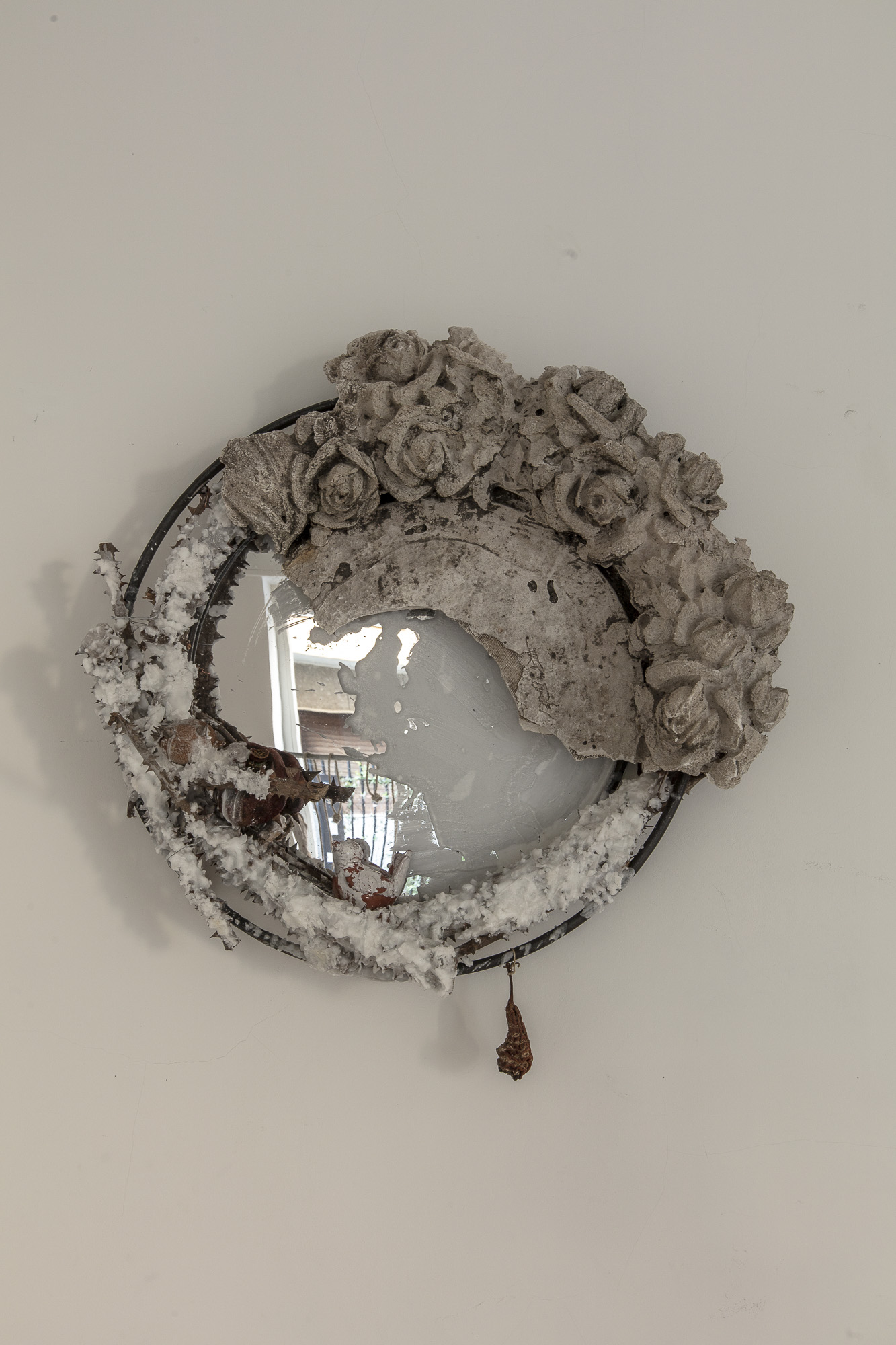 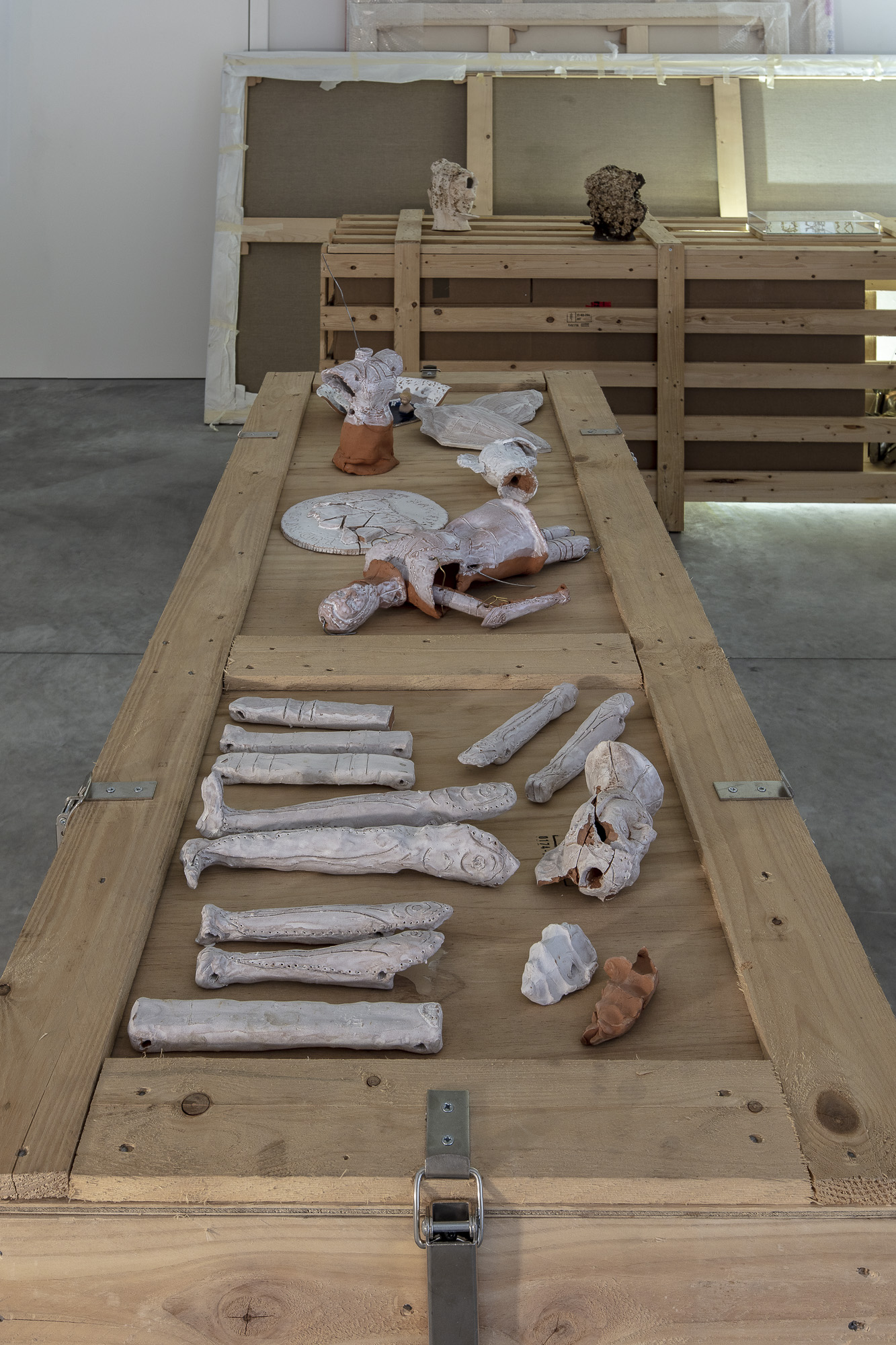 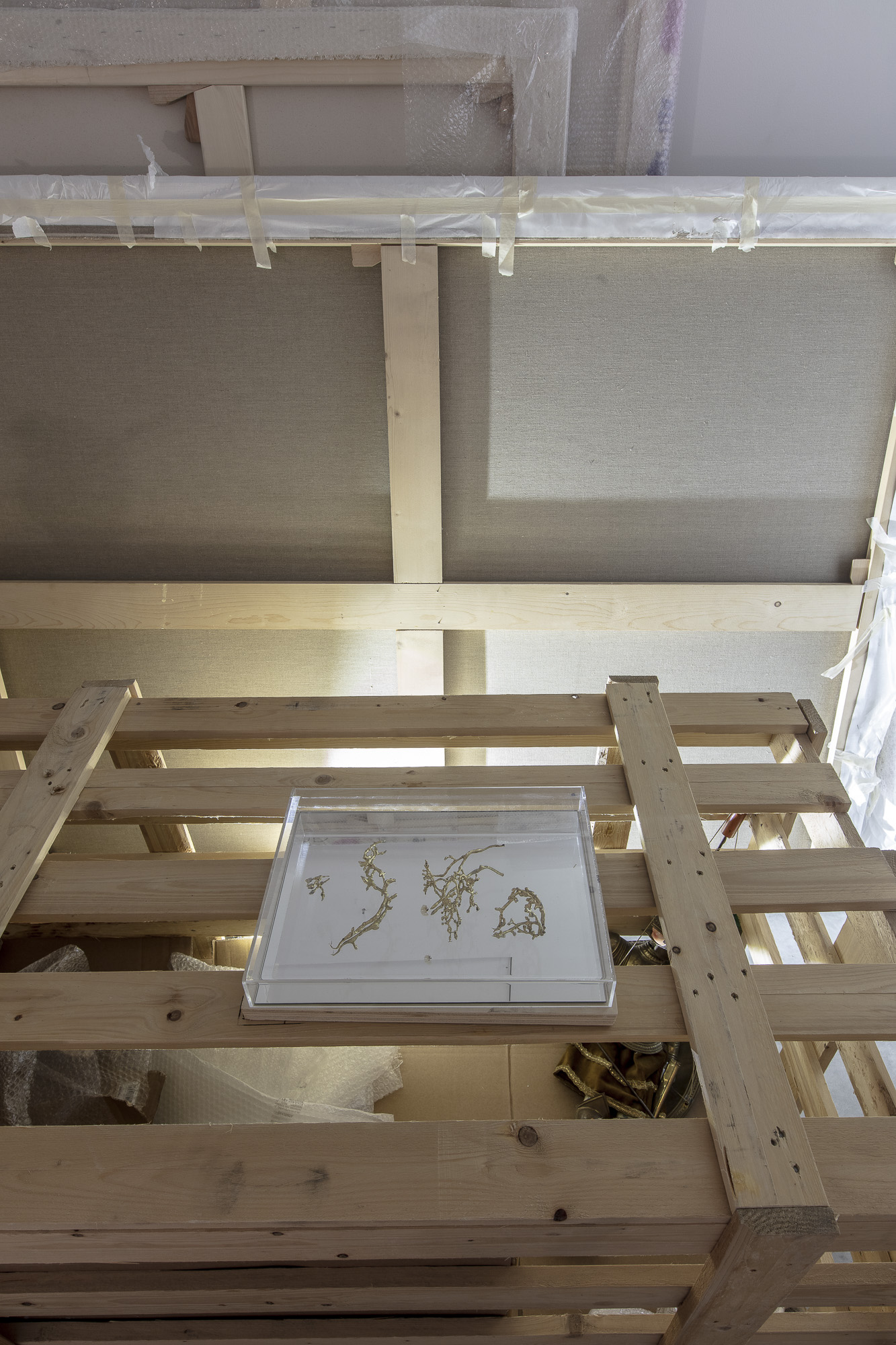 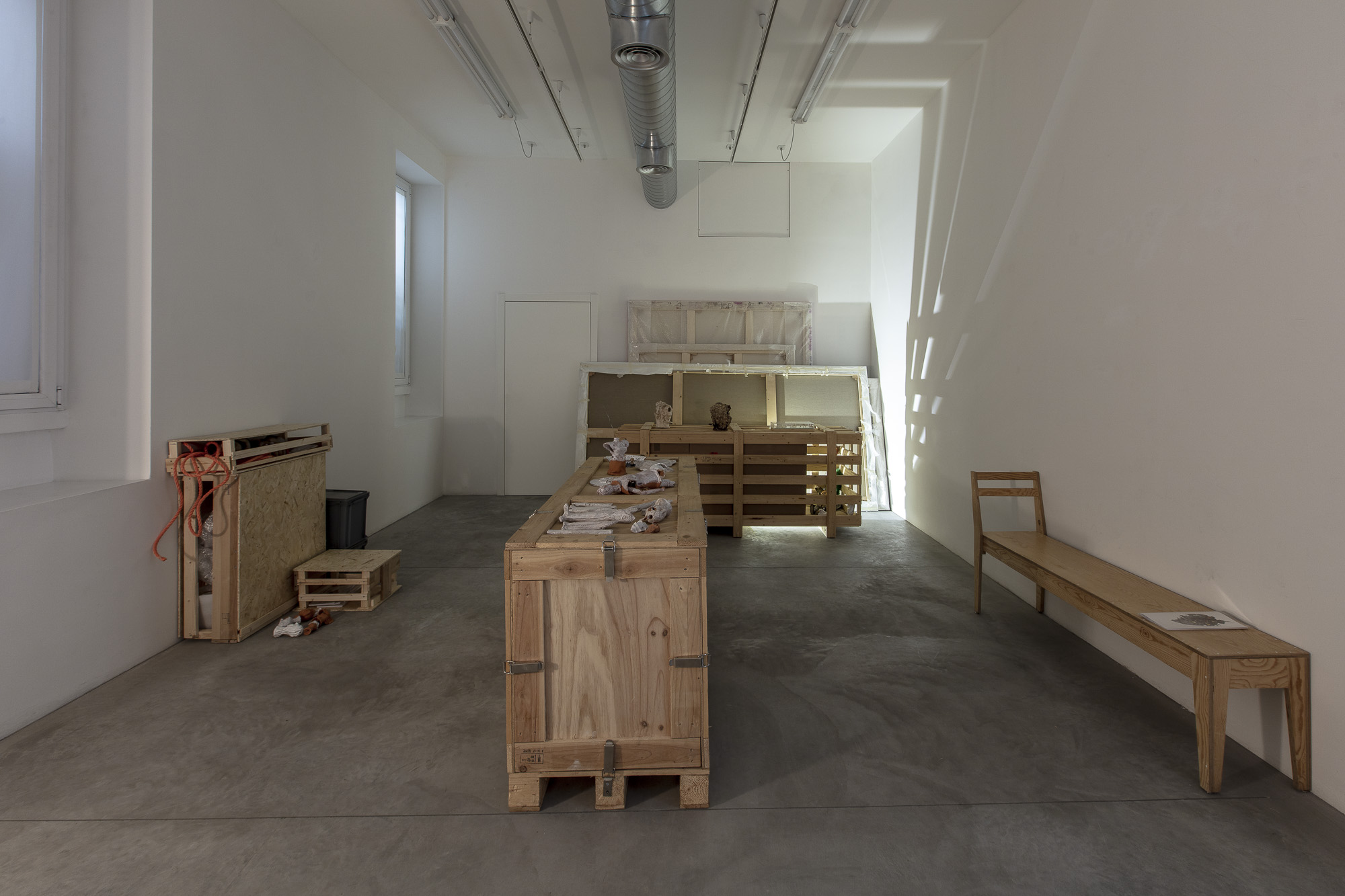 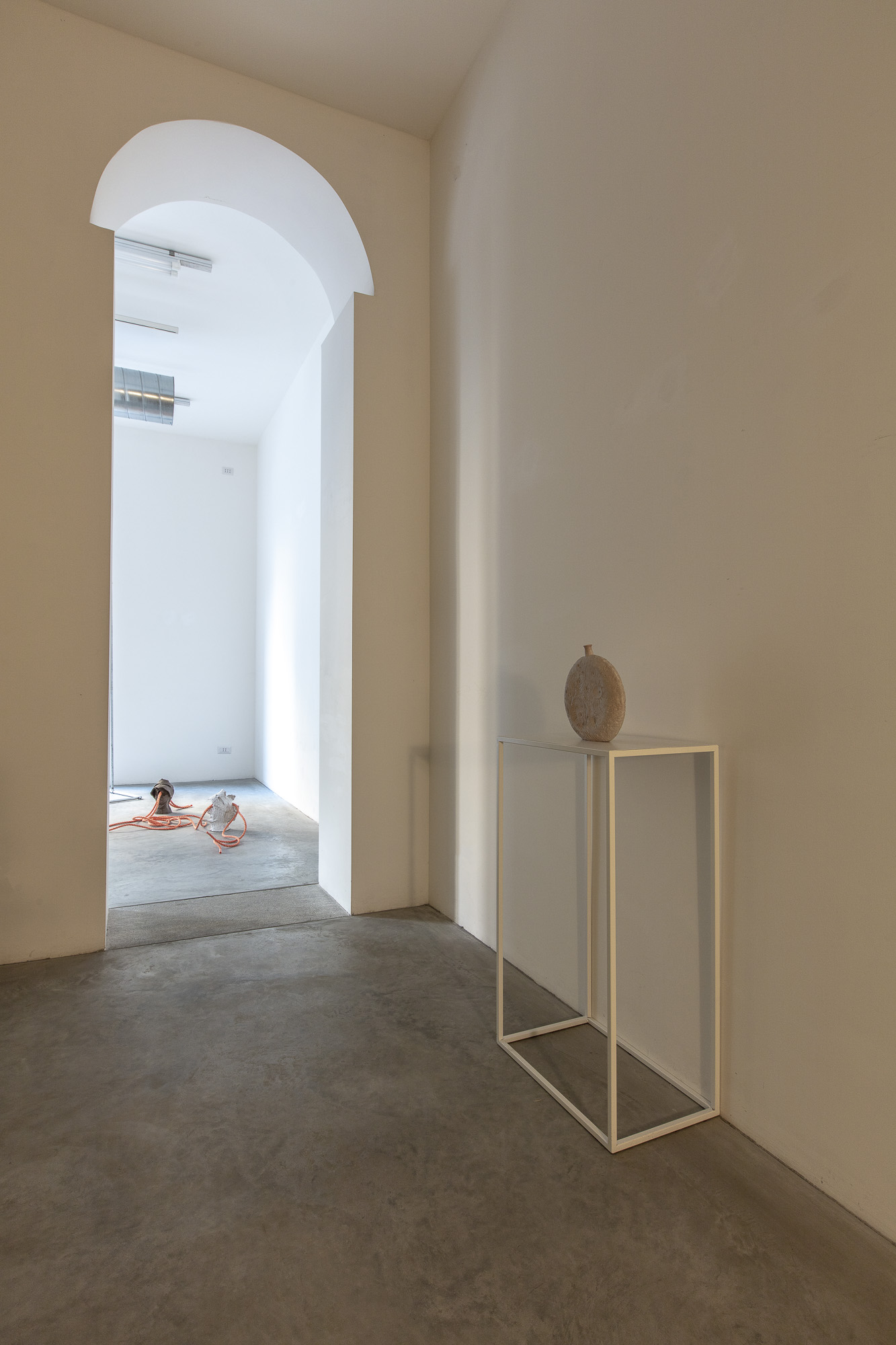 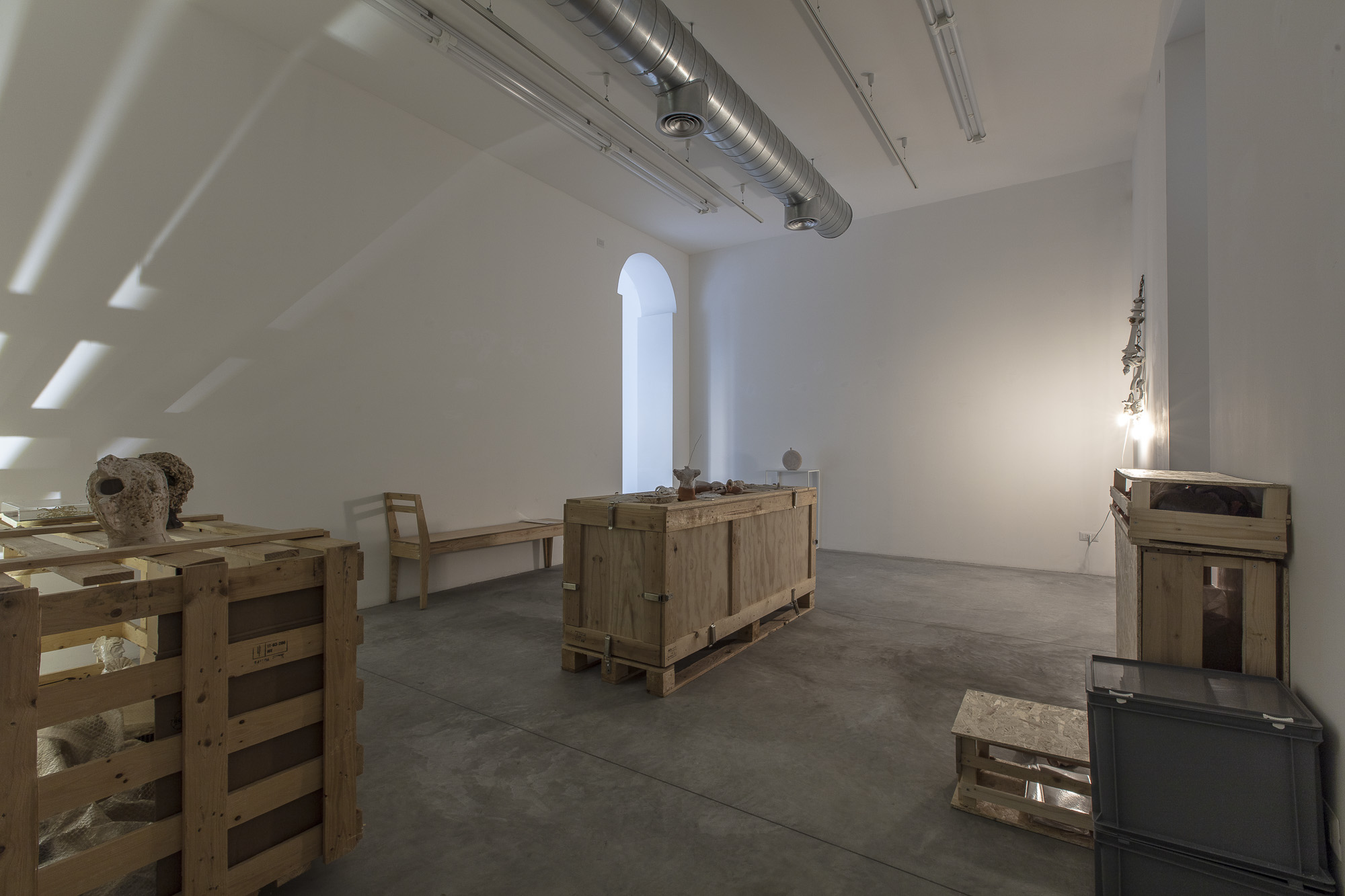 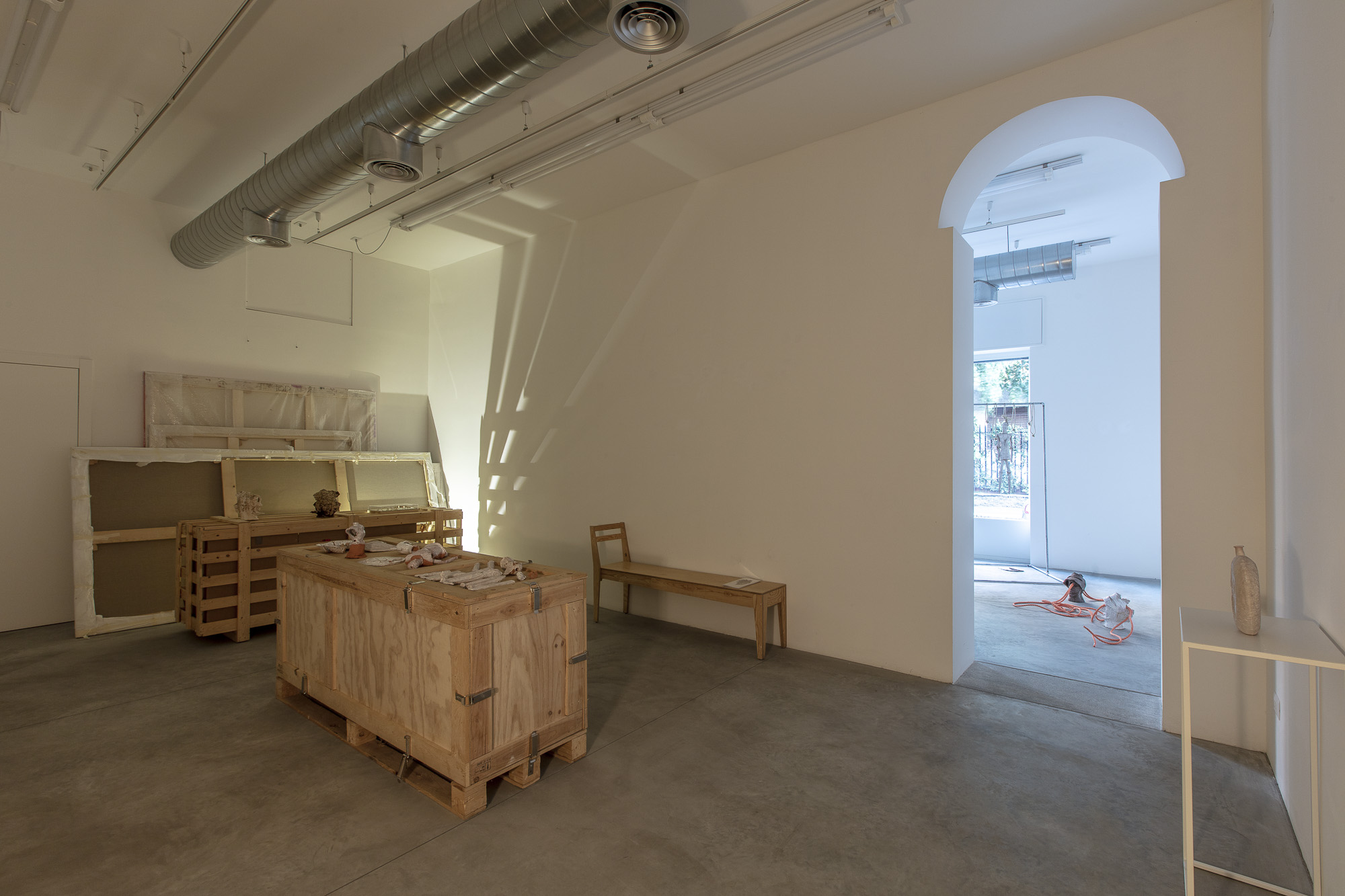 At the gallery Francesco Pantaleone Arte Contemporanea opens on 05 June 2018 # 1 | The departure of Concetta Modica, a personal exhibition that marks the first appointment of the Orlando Trilogy project, with the care and text by Michela Eremita. The cycle includes three stages – in three different places – with evocative titles: # 1 | The departure; # 2 | The sleep and fury; # 3 | The return. Through the emblematic figure of the Orlando paladin the search for the last year will be presented artist who has always focused on the relationship of the past with the present and on the and condition of fragility as a result of the epic afflicted man/hero. A group of French paladins represented as ceramic Puppets will step into the two rooms of the gallery, ready to go into imaginary and/or real battles. Their derivation from the Sicilian Opera of the Puppets and from Ludovico Ariosto’s poem, Orlando Furioso, is pretty clear.

A group of French paladins represented as ceramic Puppets will step into the two rooms of the gallery, ready to go into imaginary and/or real battles. Their derivation from the Sicilian Opera of the Puppets and from Ludovico Ariosto’s poem, Orlando Furioso, is pretty clear.

The multitude, the army of the fragile paladins, however, shall not be misleading: every sculpture, every paladin is an interpretation of one man, Orlando. In this case, Orlando becomes ego and alter ego, as a mirror of himself and of mankind, with constant comparisons between what the hero represents for history and for our cultural tradition – with the well-known course of events that have been so much recounted and brought onto the stage – and the man, intimately in conflict with himself, who broke down for a delicate reason, due to love. Hence a consideration on the infinite repetition of the heroic gesture, the (sometimes winning) conflict with the others – wars and battles for a common belief – and the conflagration of the ego provoked by a delicate issue, because of feelings.

Besides the many Orlandos, the exhibition will show other objects that are close to the hero’s figure, devotional and functional objects like the cruet that will held the good senses of the paladin who went crazy because of love… Everything will help present the ancient man and modern man in conflict and in love, expanded by loneliness, in a constant comparison.

The works on show are all new.

The Puppets will leave for Nottilucente, a project curated by the Municipality of San Gimignano in collaboration with Culture Attive, the association managing the event for the Tuscan city. After the battle in Tuscany, the Puppets will come back, in their entirety or in part, at Spazio C.O.S.M.O. in Milan, a new exhibition space where visitors will be able to see the remnants of a heroic adventure through a reconstruction that will focus on devotional proxemics.

In the event taking place at Francesco Pantaleone Arts Gallery, the artist will host two travel companions: Giovanni Calvi, a young designer who was asked to create the cruet used to hide Orlando’s good senses, and Anita Pepe, who collaborated with the artist in a four-hand work, a book for words and images.

A project spin-off will take place in Palermo next June at an exhibition curated by Adina Drinceanu, Ozio, as part of Manifesta 12.