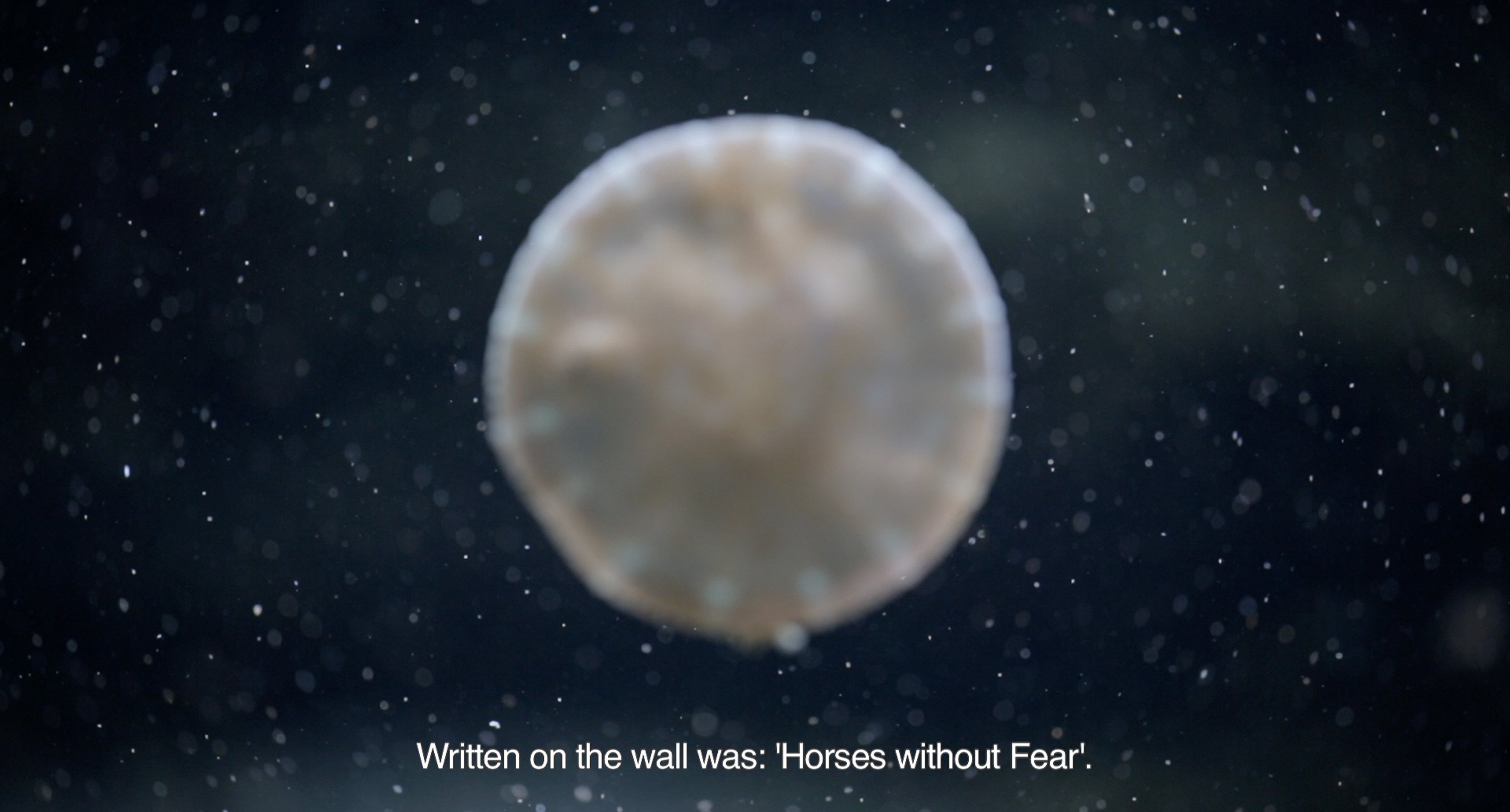 Sonnet Cycle is the project name that Domenico Mangano and Marieke van Rooy have chosen to celebrate their new way of addressing the need to promote collective memory in the “post-truth era”. The videos, drawings, sculptures and pictures specifically made for this exhibition are aimed at discovering a new methodology, which is other than the direct dialogue with the media‑drenched reality, but also at identifying a new role for the artwork at the time of dispersed museums/archives. The new works on show aspire to raise awareness on the specific physical point of view from which the observers find themselves interacting with the world so that it cannot only address personal matters to which the others can only remain indifferent. In order to do so, the two artists, who have been working together since 2014, reveal their specific way of narrating and transforming their encounter with the world while narrating. An encounter that takes on absurd dimensions, like in a fairy tale of borderline with the grotesque, precisely because they are aware that performing such action and reflection in our current “liquid modernity” is akin to re-founding a new “principle of reality” whose codes have to be searched for in an archaic and non-historical collective dimension.

The sonnets, poems, and fairy tales recalled by the project name do not refer to invented stories, but to the strategy that man has always adopted in order to create machines that are used to create stories and narrate them subject by subject to foster the transmission of knowledge and the curiosity for knowledge. This is the approach that made the two artists follow first the methods used by medieval Sicilian poets, by which they confront themselves with a non-mediated but layered landscape. The artists themselves explained that: “The Sonnet Cicle video was originally produced for an exhibition at the Gemmellaro Geological Museum in Palermo, and is mainly made of black pictures, and other surreal, magic and almost unidentifiable images. The video is captured both in Sicilian dialect and Dutch, the two languages that characterize our couple of artists. While subtitles are provided in English, which is the international language. The narrated stories consist of a series of sonnets that we have written and recited, where the leading roles are played by the fauna and flora as well by the concrete in Palermo. It’s a journey between surreal landscapes and words resulting in micro-stories about the city’s biotope. For this work we have reinterpreted the sonnet that was written for the court of Frederick II, King of Sicily, in the 13th century. These were the first poems to be written by a cultural elite in the vernacular. We asked ourselved what city’s contradictions they would bring to light today, reflecting on all of the contradictions in modern society.” Subsequently they found themselves seeking a confrontation with the rhyming illustrated manuscript Van der Naturen Bloeme (The Flowers of Nature) by Jacob van Maerlant, ca. 1271. This is the first nature encyclopaedia written in Dutch reporting botanical facts and stories about several (real or alleged) weird populations, with brief descriptions of their peculiar characteristics, like those who only eat through a straw, those who have big feet to protect them from sun, or those having eyes on their shoulders. Besides the video, the first scenario originated some drawings that will be shown on a marble desk recalling Sicilian fish market stalls; while the second scenario gave rise to a series of pictures where the images from the Dutch book become screens and masks from which the authors look at the hypothetical observer, as well as a new series of wooden sculptures and a sound installation. The two projects on show at the Francesco Pantaleone Contemporary Arts Gallery in Milan turn out to be two sides of the same coin, a coin that represents a confrontation between the visible and the invisible, the experience and the way it is recounted.

The curator Lorenzo Bruni argues that: “What the two artists achieve with their new work called Sonnet Cycle is a change in focus from the act of documenting the world and deconstructing our memory so that we can work not on the objectivity of things, but on their visionary nature and archaic power. It’s precisely this visionary nature that seems to offer them an excellent way to talk to a world that has not yet fully understood the legacy of the digital revolution, which proves anthropocentrism is losing ground not only in relation to the universe (as per Galilean discoveries) and our way of thinking (as per Freudian psychonalysis), but also to the infosphere. The information affecting all of us exists independently from the author and belongs to an expanded time that is no more associated with the act of communicating in real time. As Luciano Floridi – Director of Research and Professor of Phylosophy and Ethics at the Oxford University – maintained in his last book “The 4th Revolution”: “In a few years we passed from a thousand-year-old culture based on records – what shall we keep for “future reference” – to a culture based on re-writing and deleting – what shall we remove or edit and consign to “future oblivion” – that we still have to understand. Due to their specific nature, digital data accumulates over the years, like dust in a house: just think to the pictures and music stored in your smartphone.” This approach is even more interesting since it was adopted in the late ’90s by Mangano, one of the first artists who interpreted the personal and collective memory not only as a subject, but also as a vehicle to investigate the role of the viewer and the role of art in a post-ideologic world which was about to become globalized through the rapid diffusion of Internet. With this work the artists remind us that today it’s not so important to communicate everything to everybody, but rather to remember who you want to enter into dialogue with, and not only as an act of self-expression.”