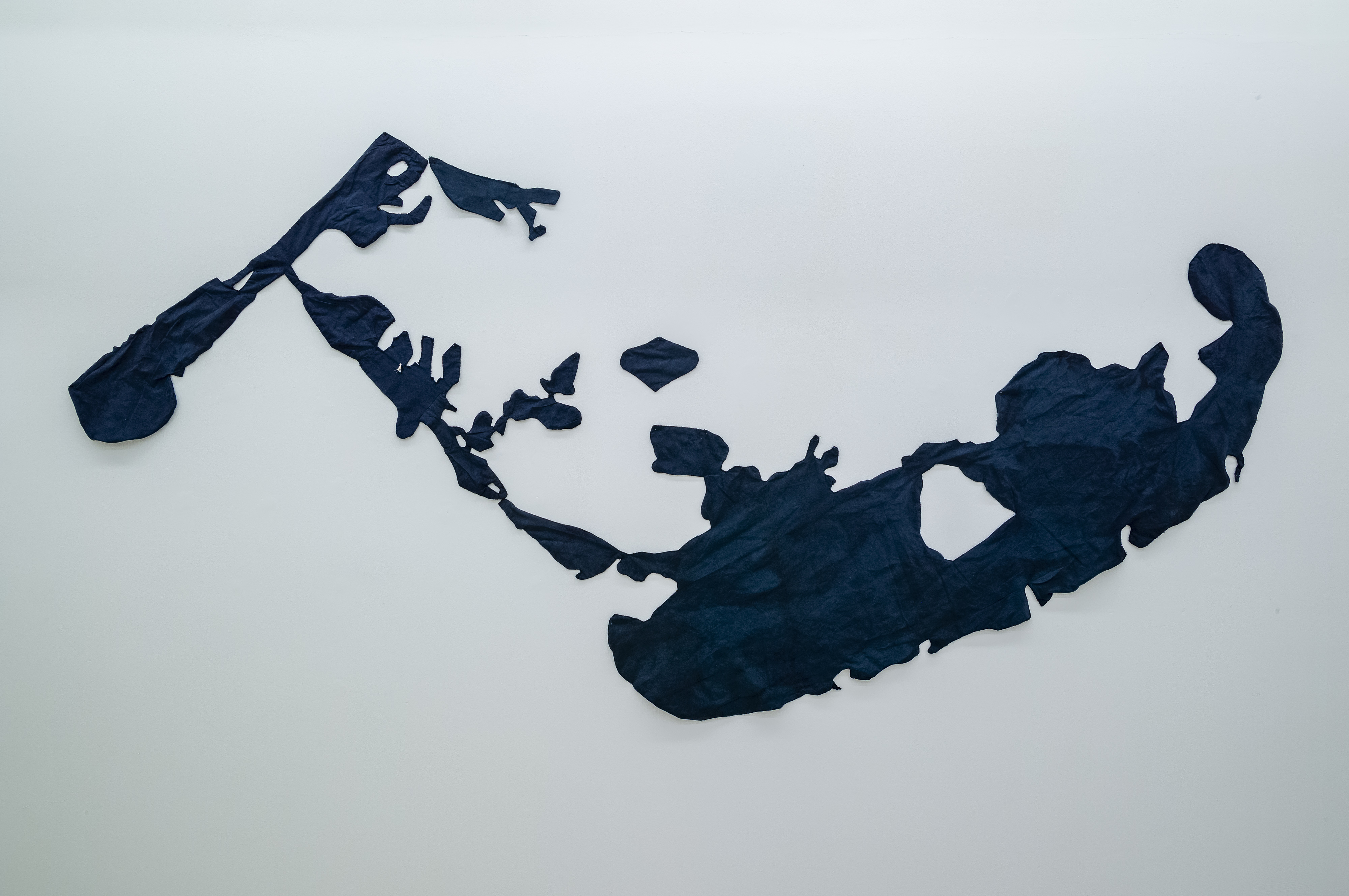 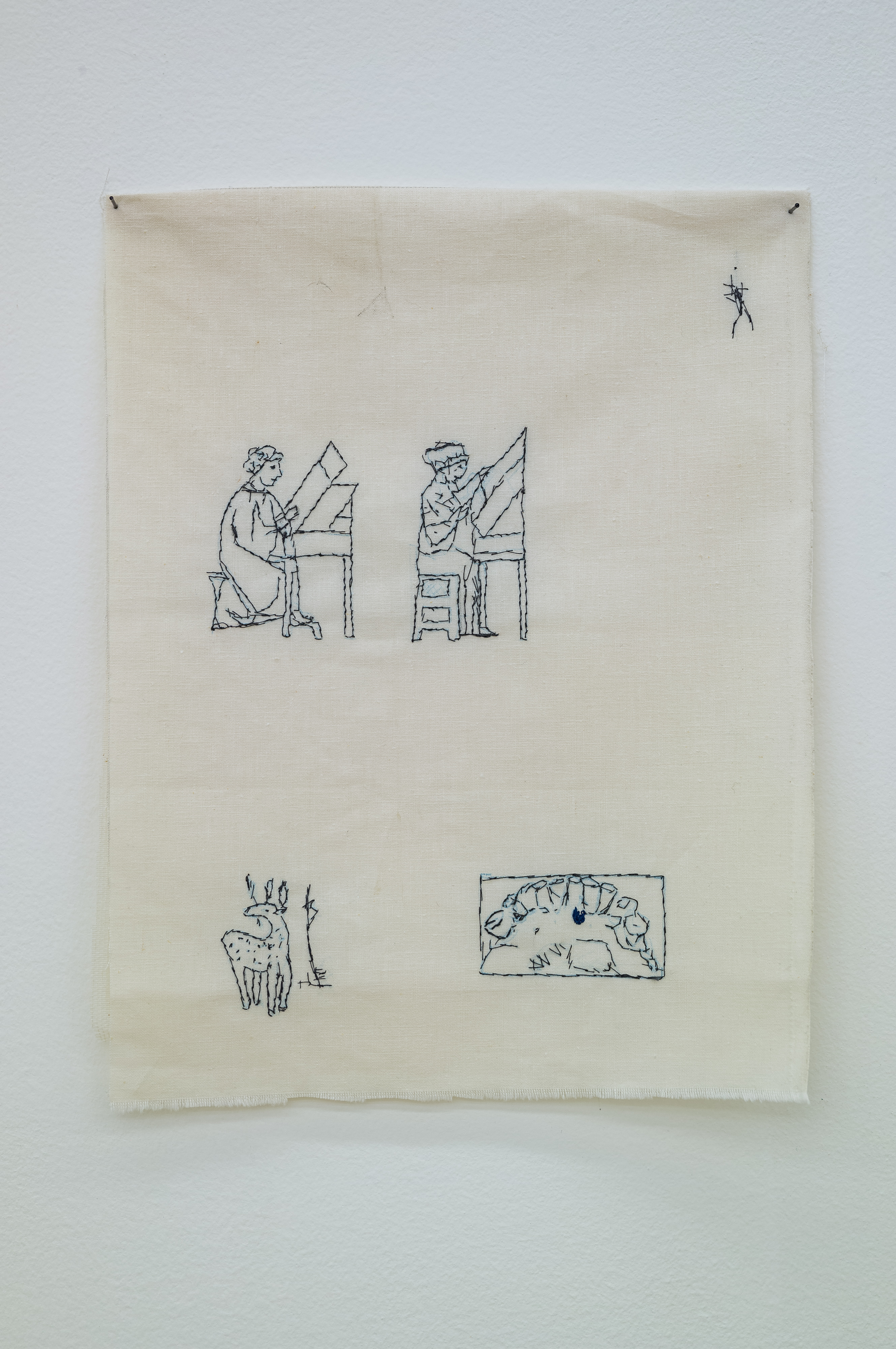 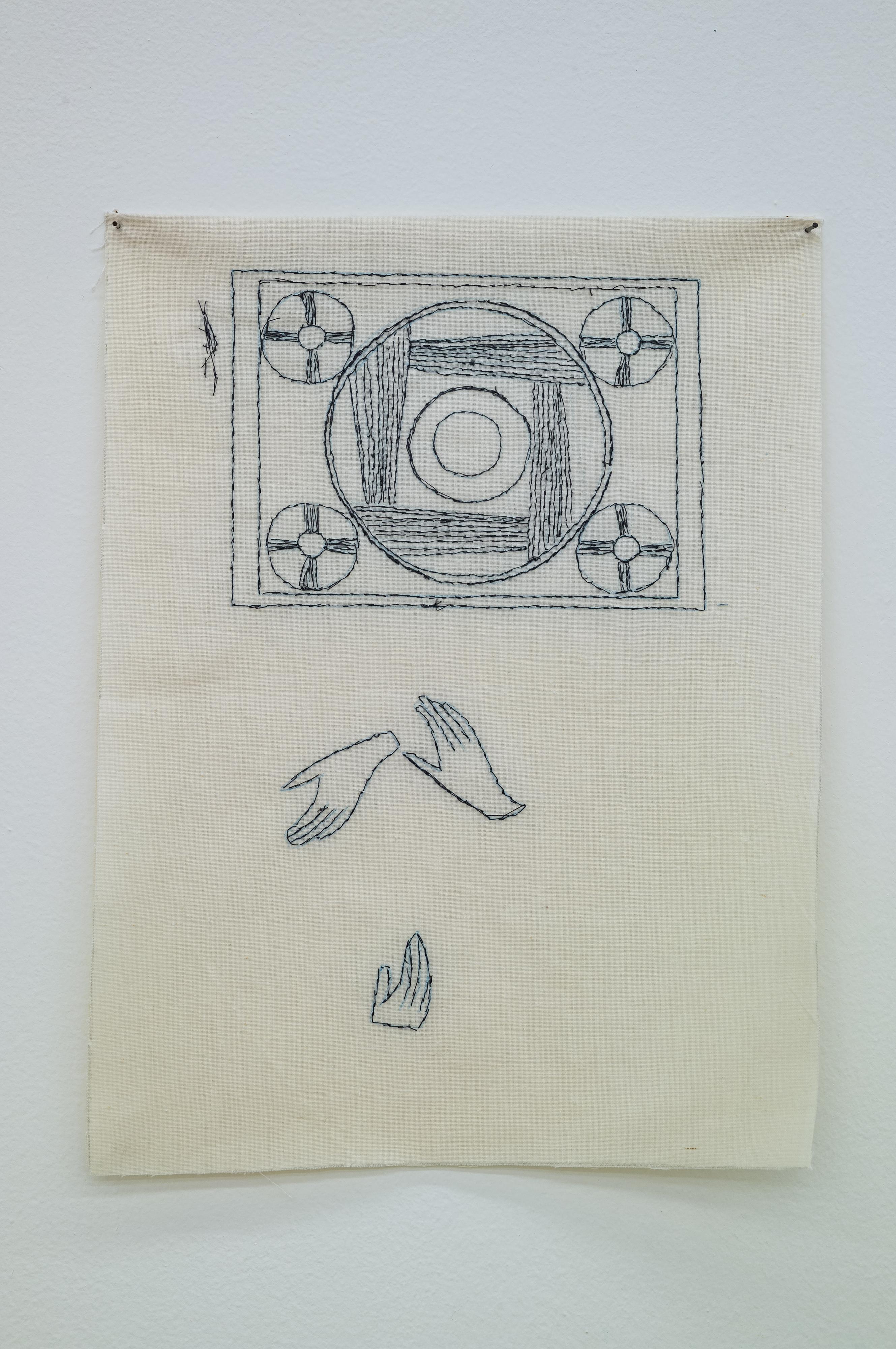 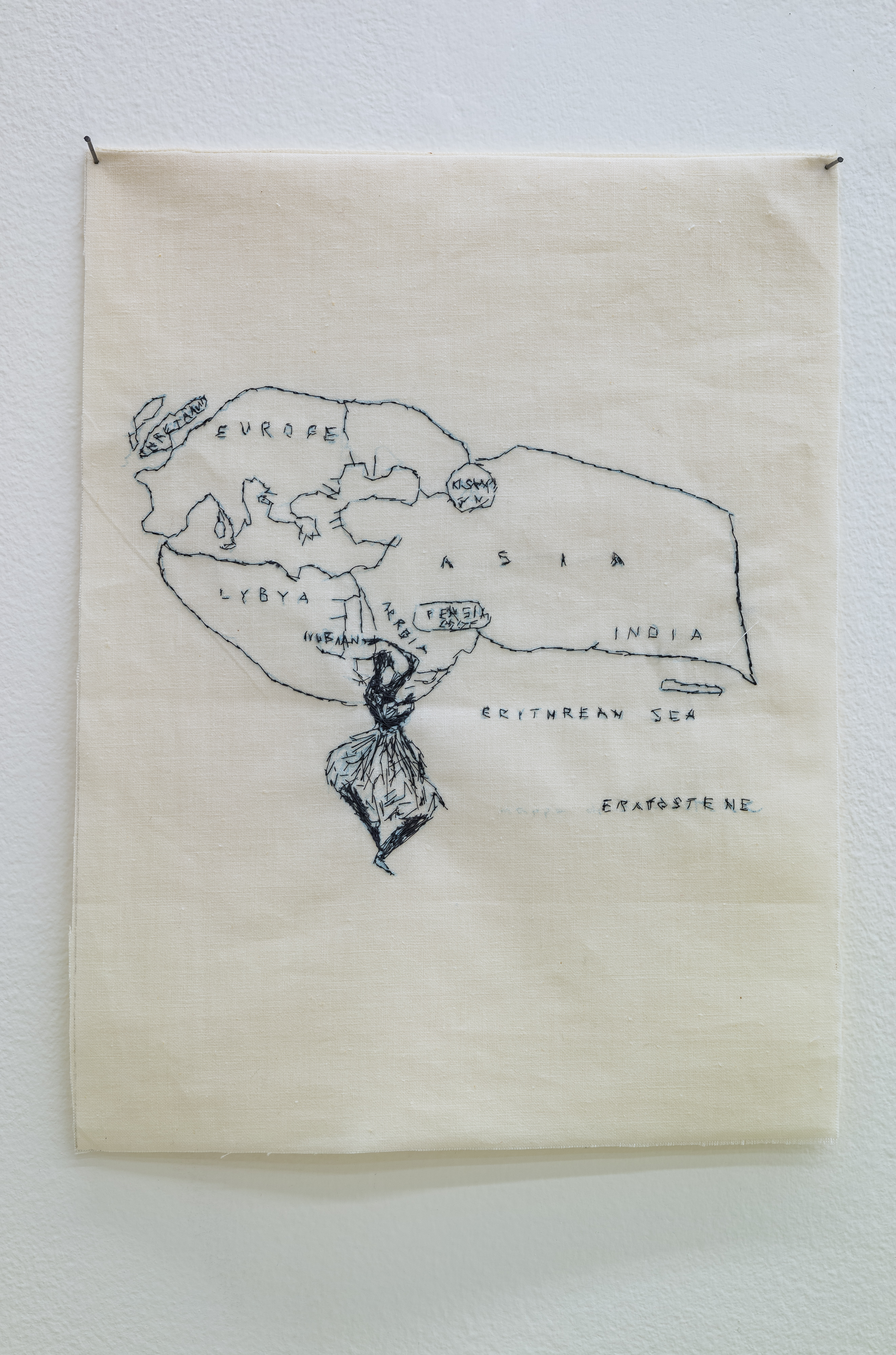 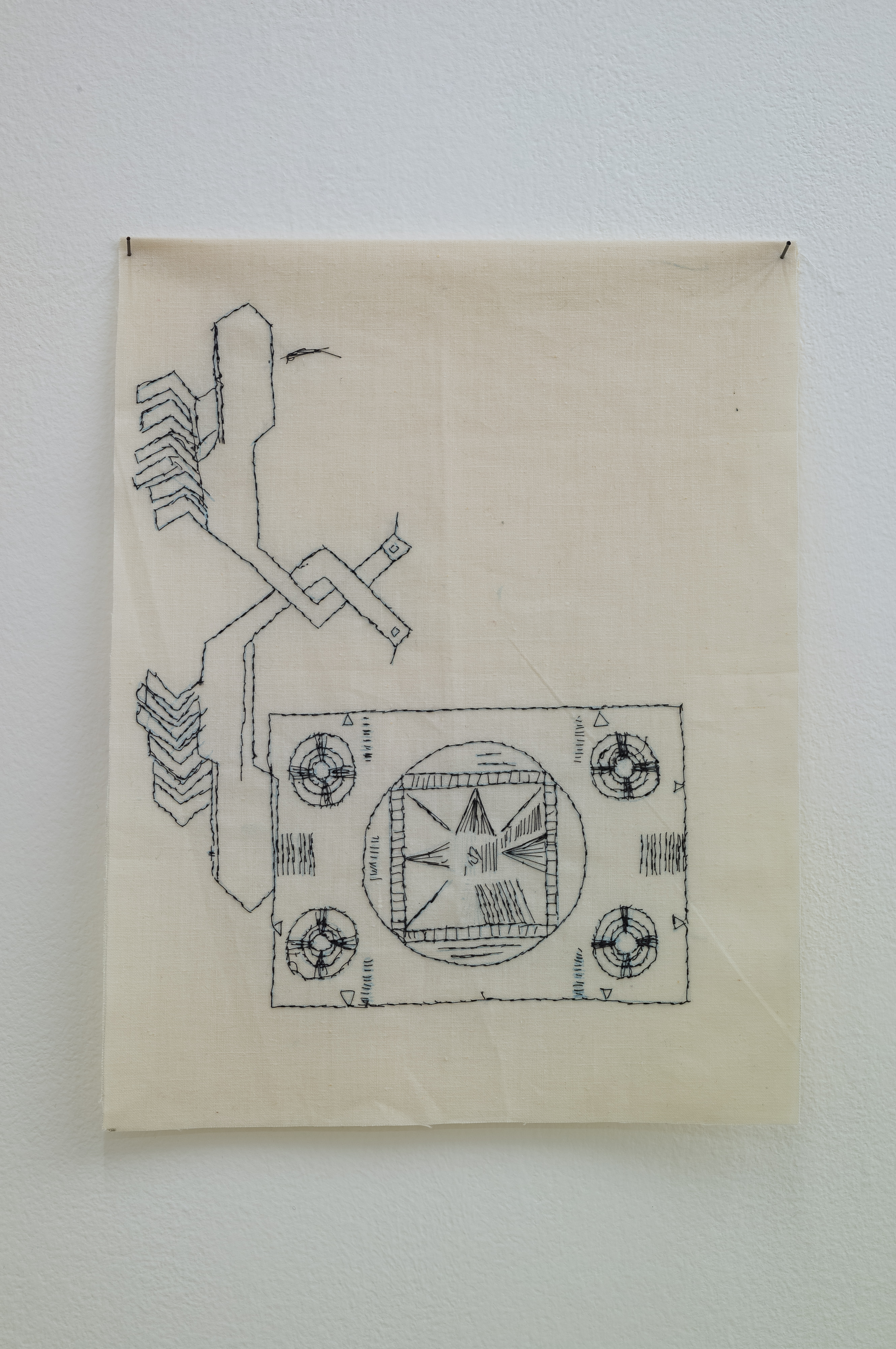 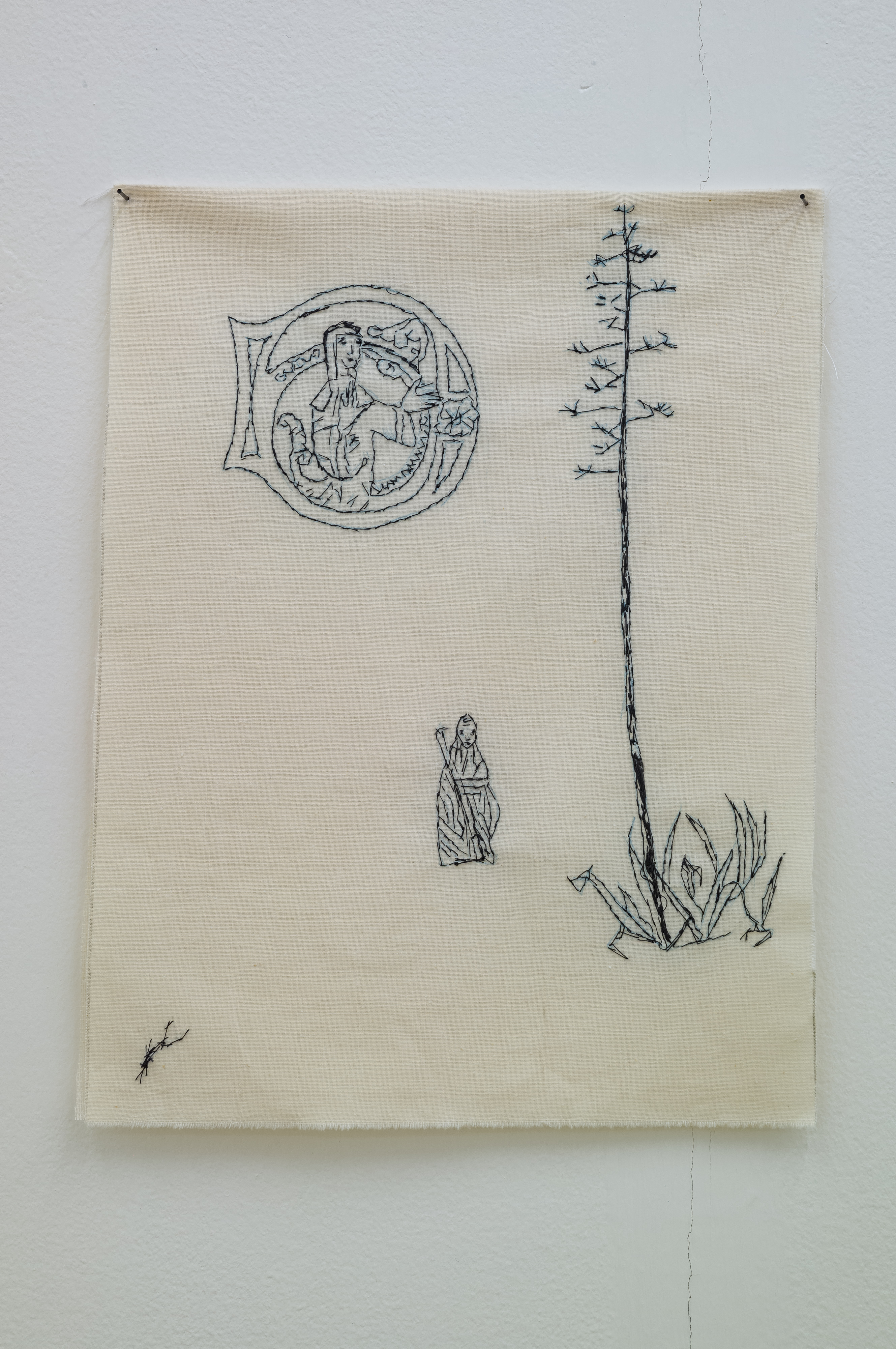 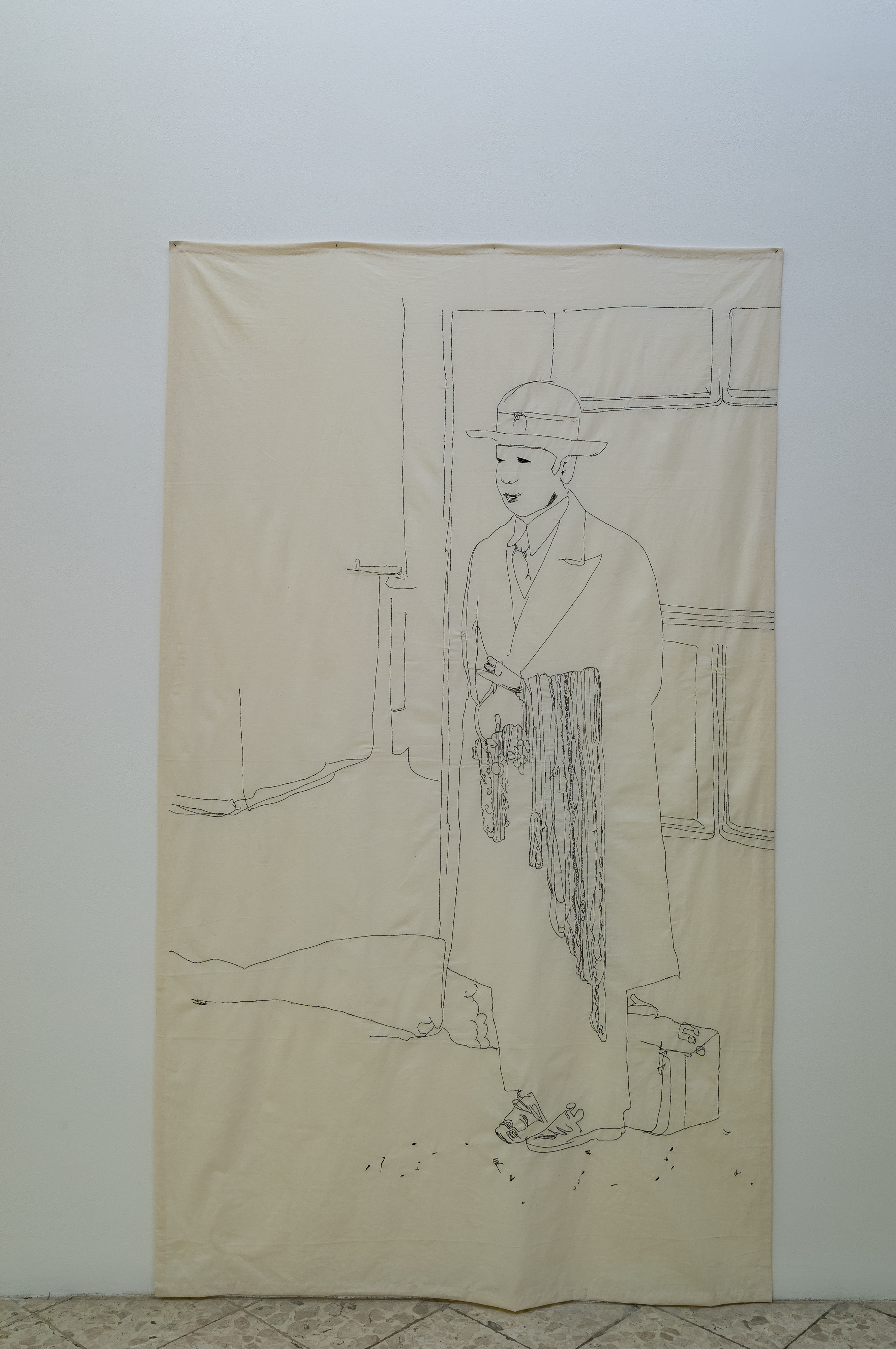 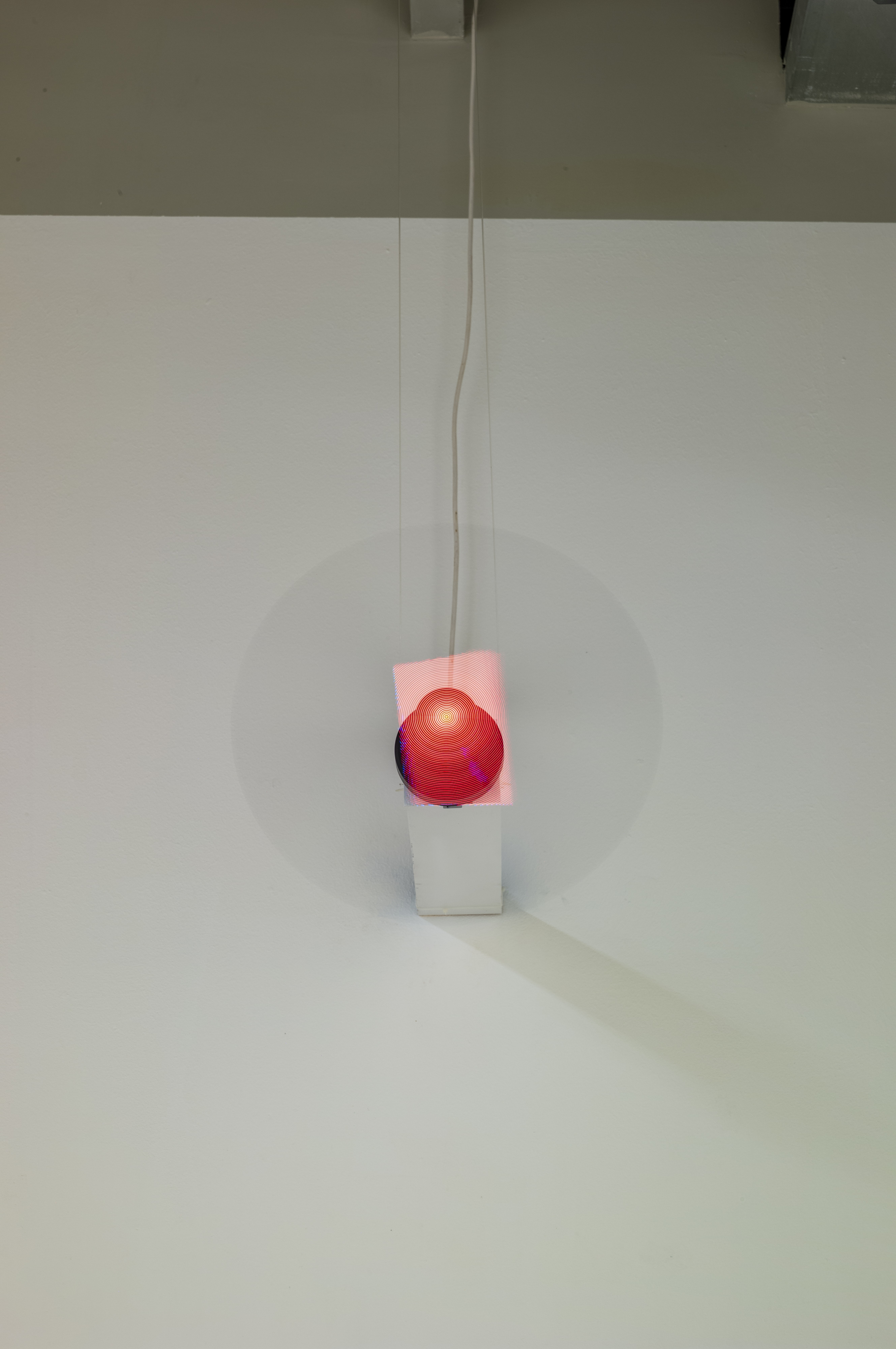 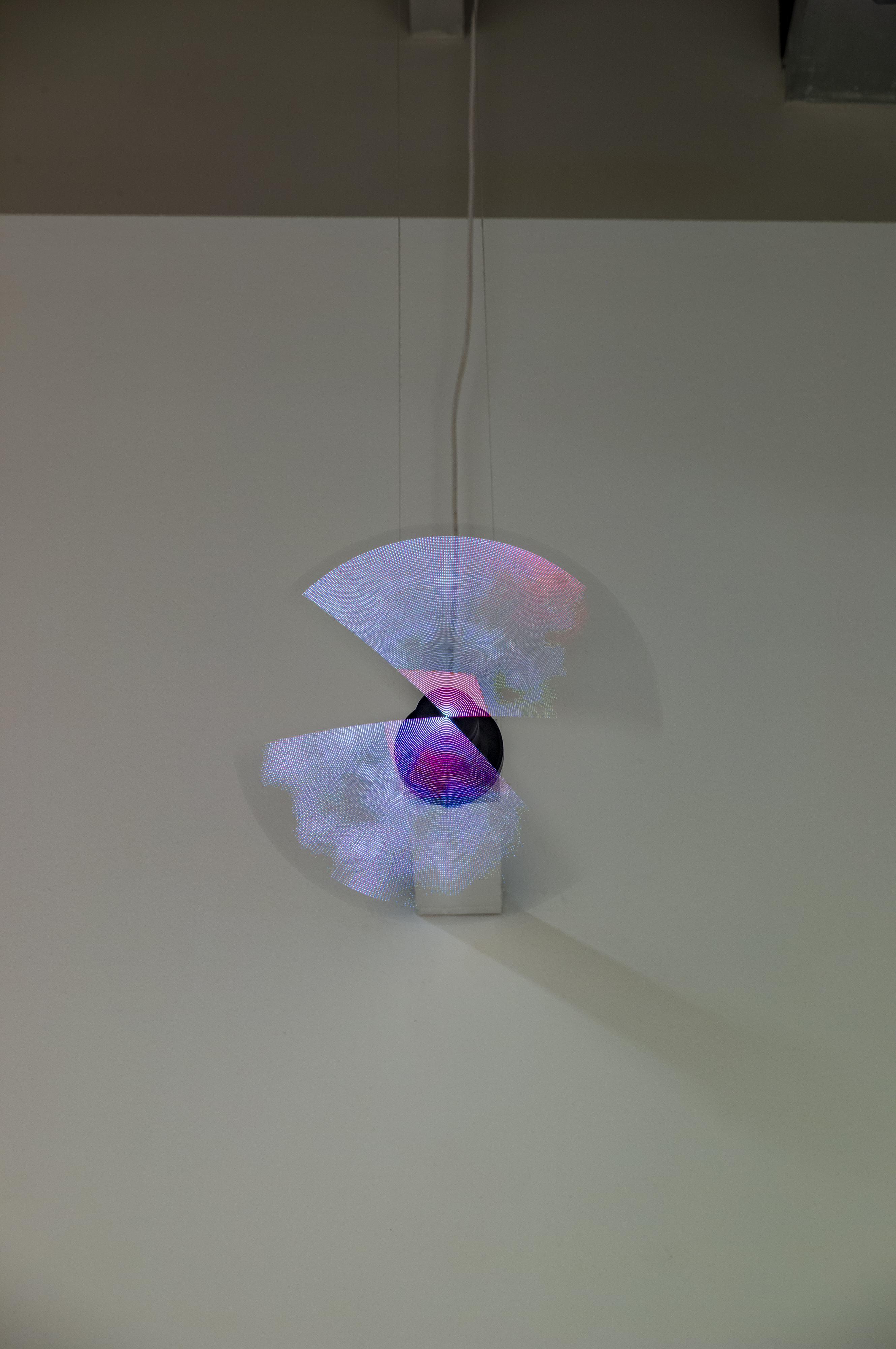 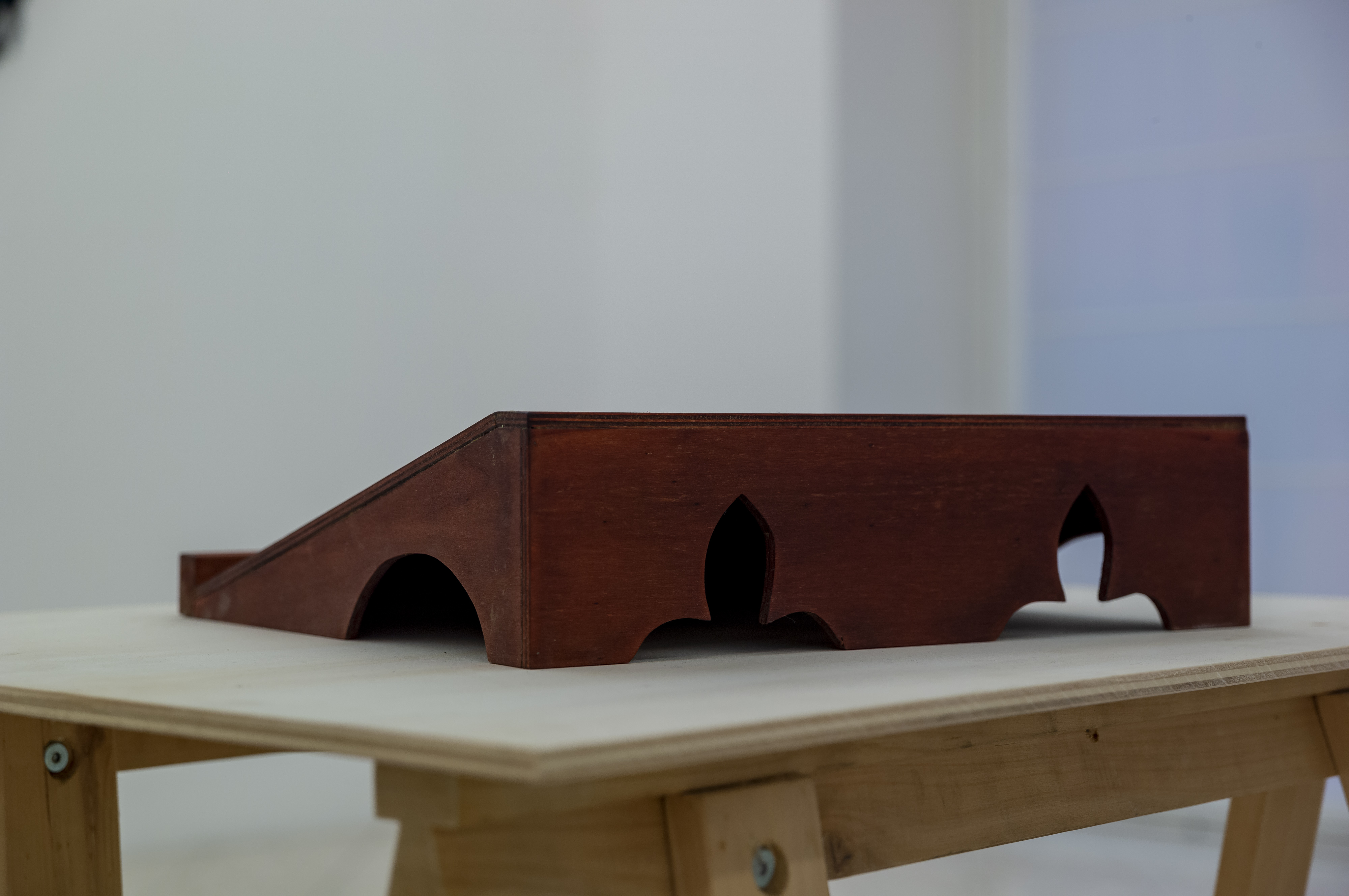 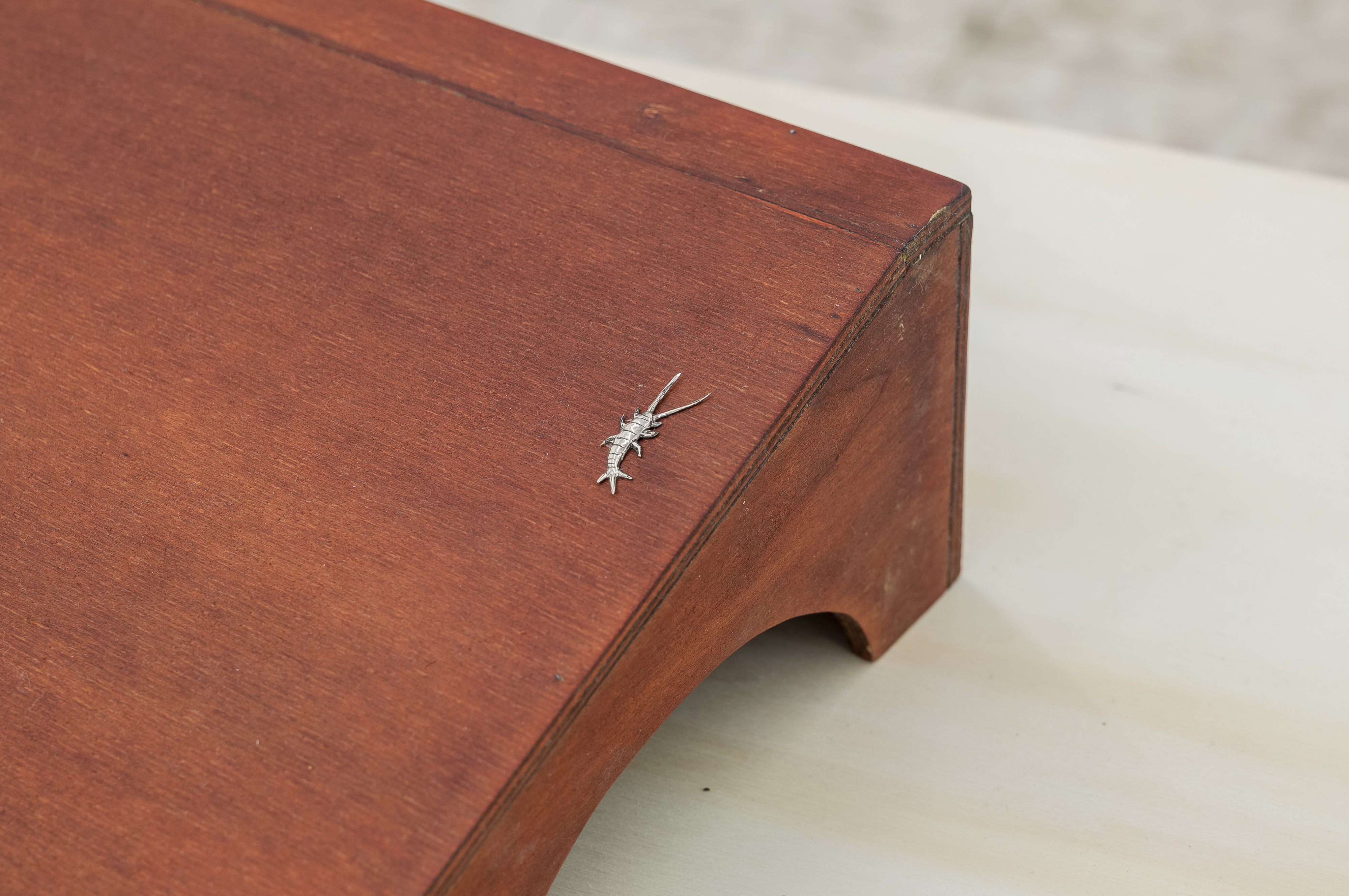 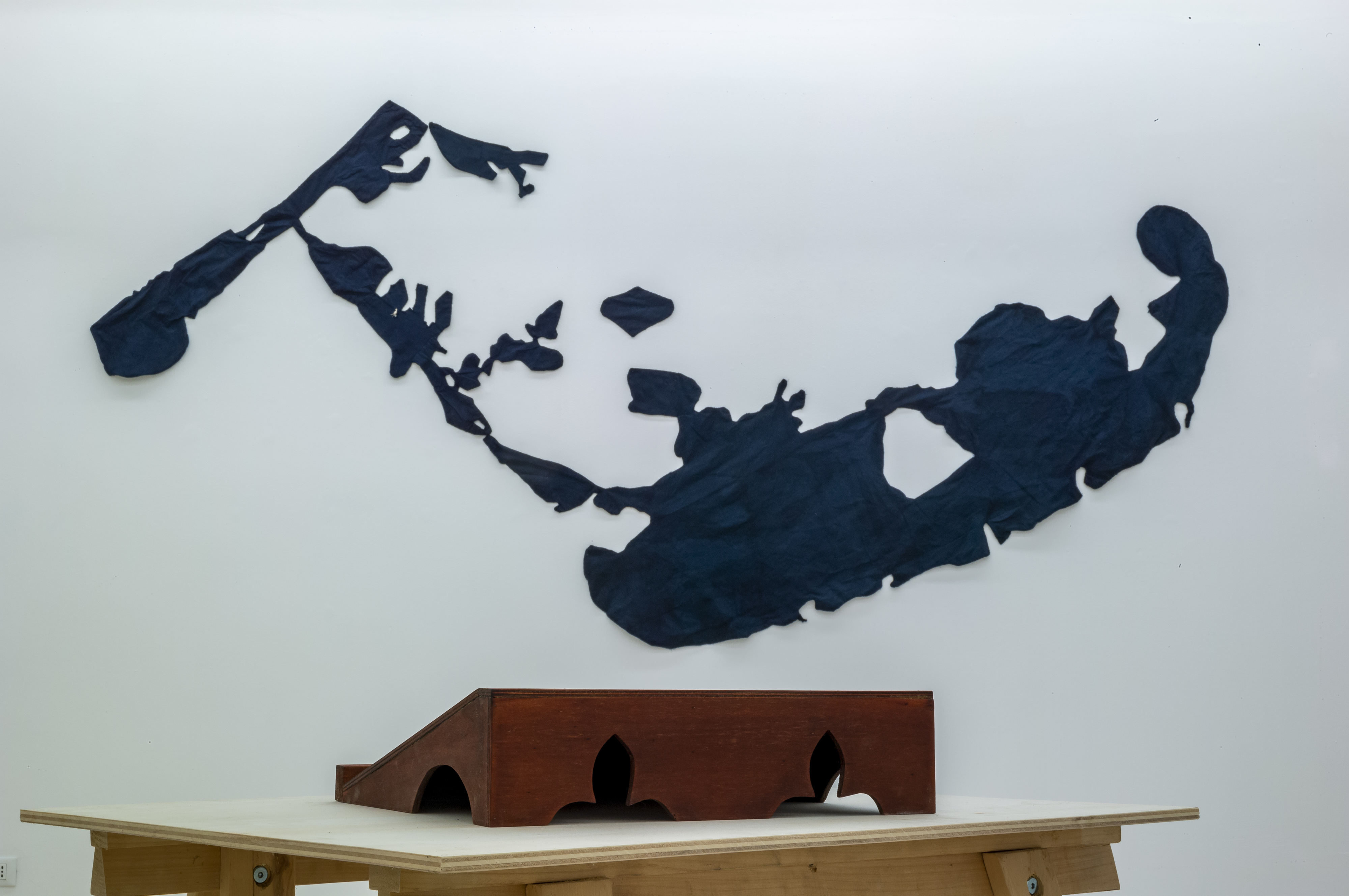 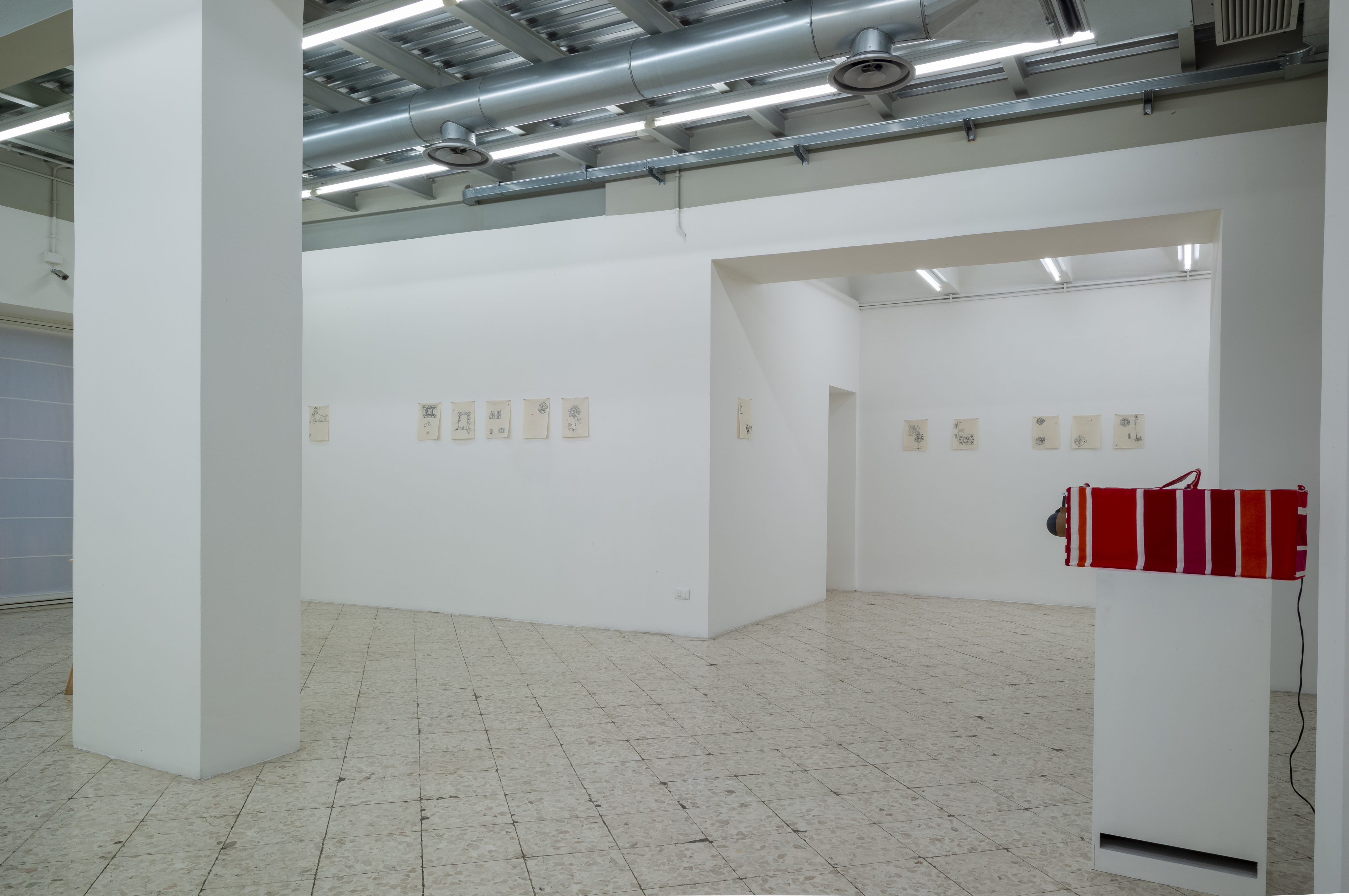 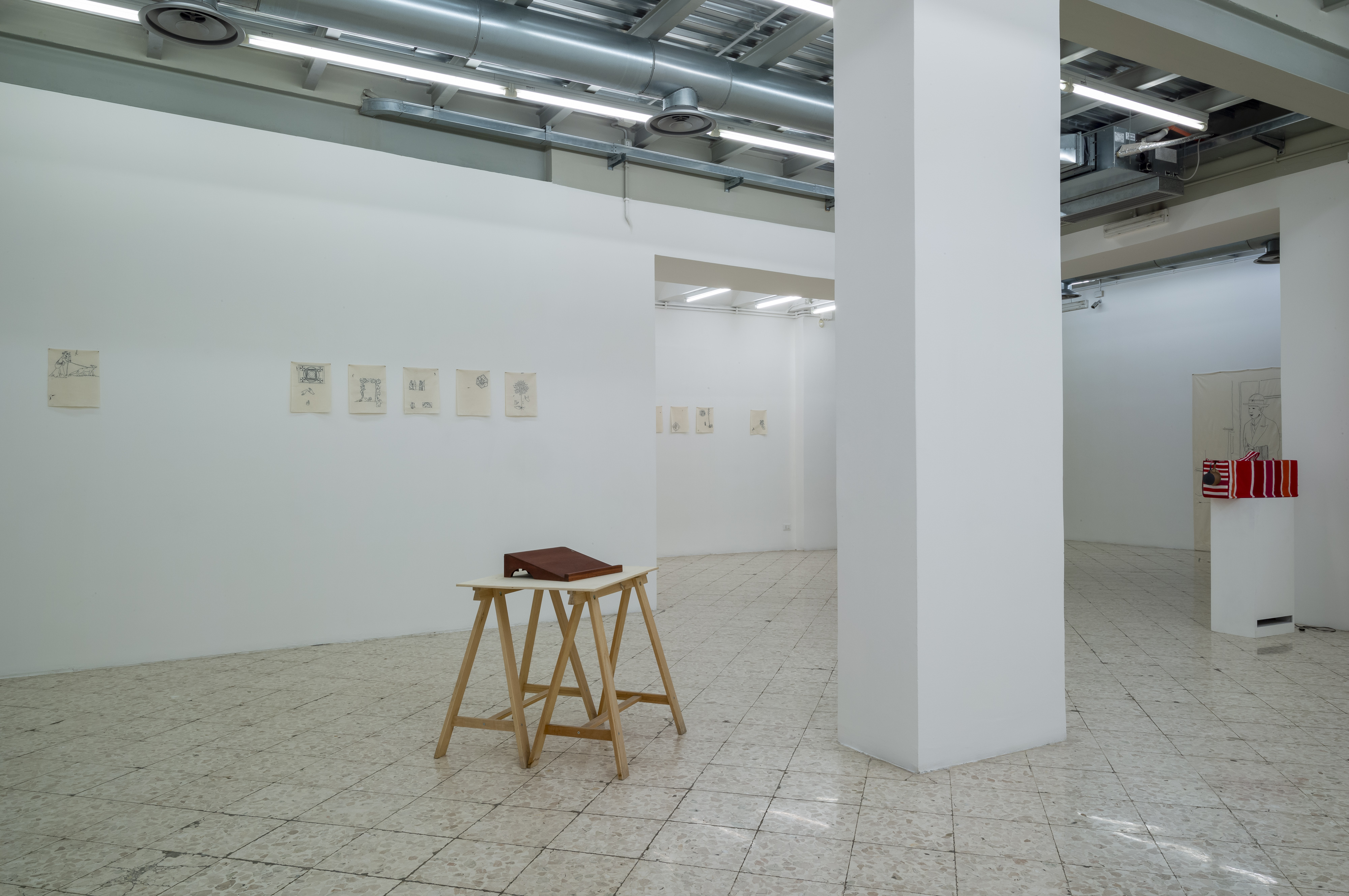 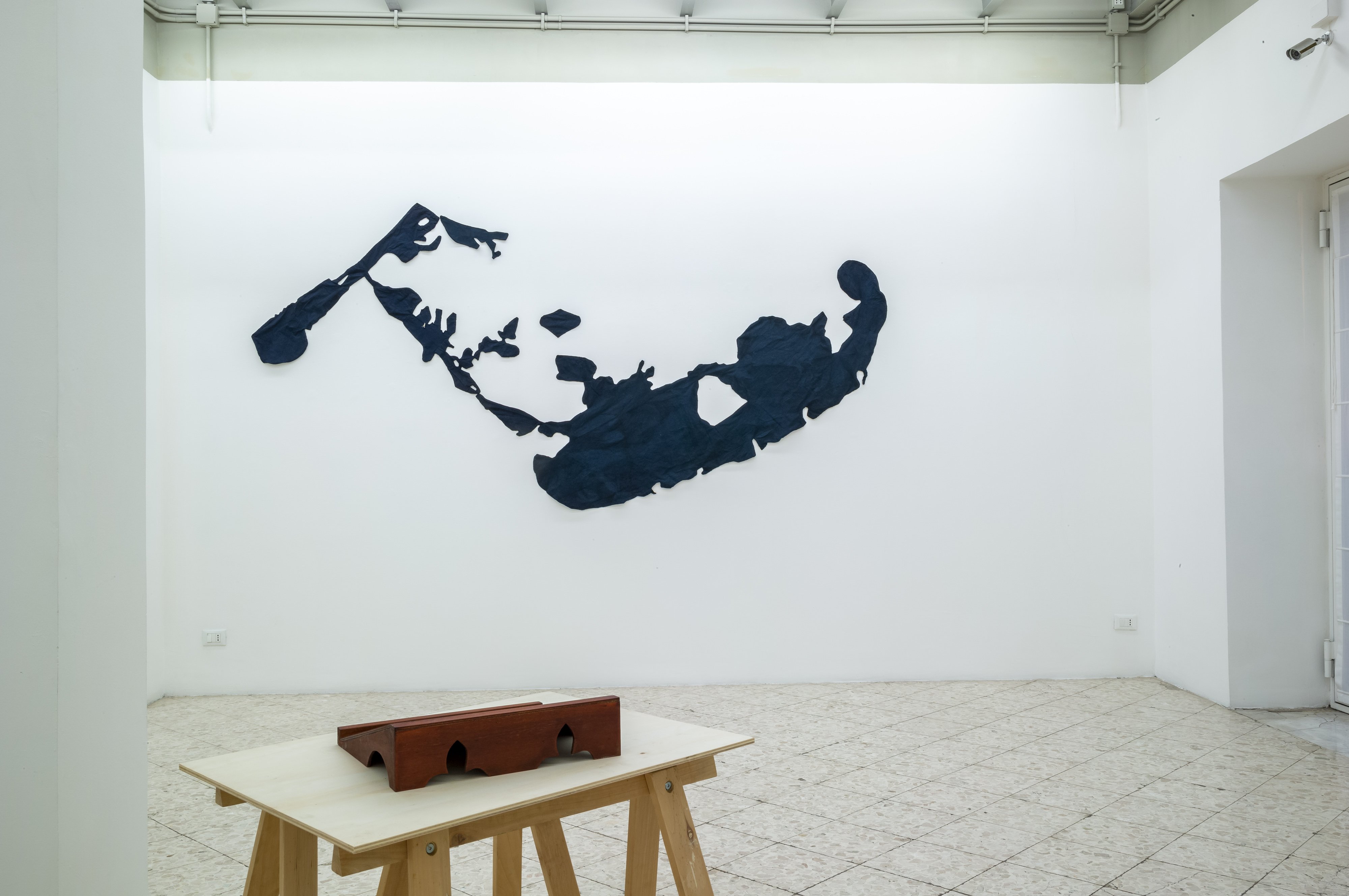 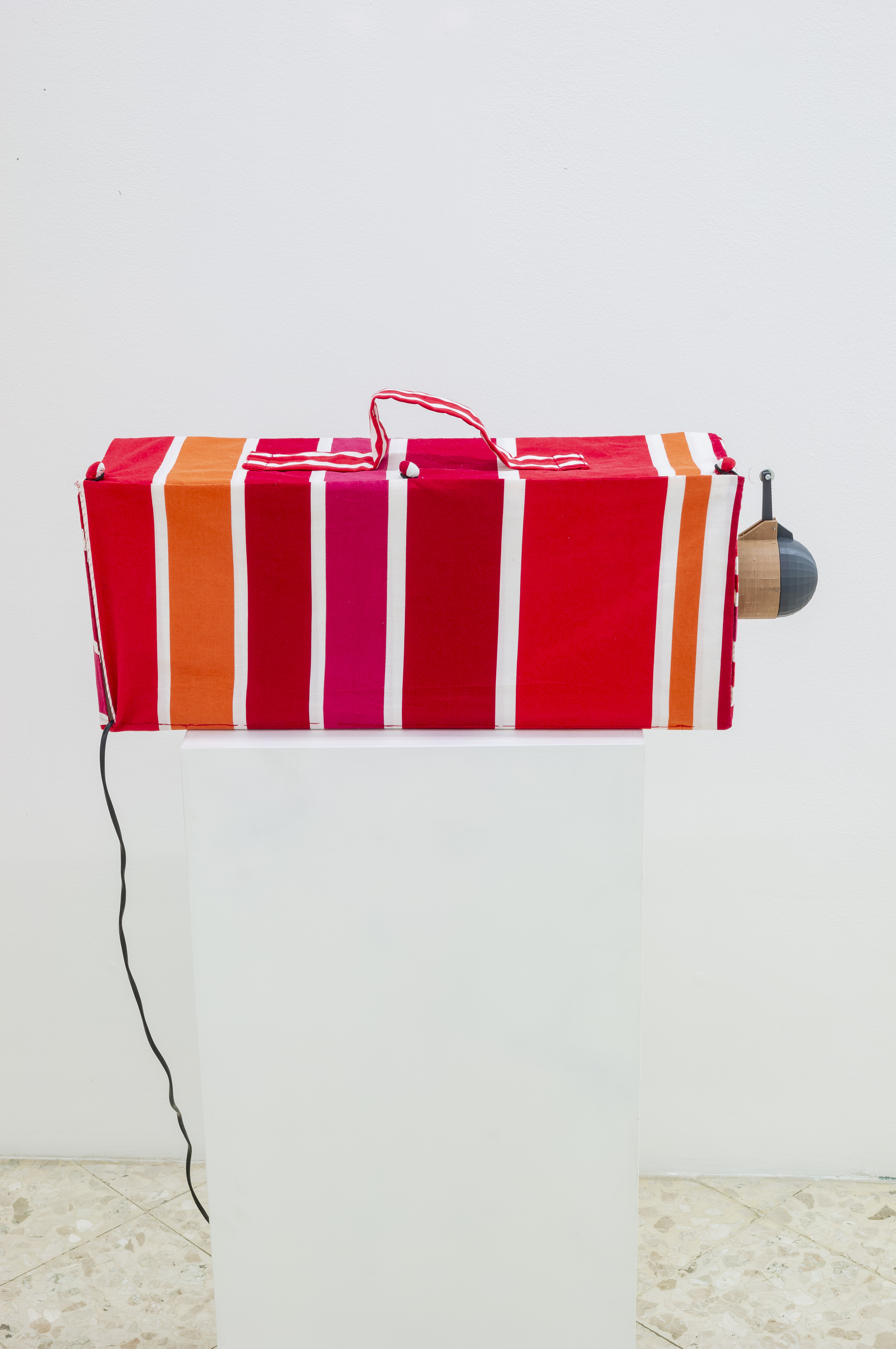 Some things don’t need to be explained—they just happen, they have an impact, they leave a mark. Even if we disagree about them. They happen because they have to, then they become part of our everyday life and they eventually belong to us.
Silver Monsters is the exhibition that Eva Marisaldi has conceived for the city of Palermo—a challenging work that is based on complementary levels of interpretation and made of many words, thoughts, stories, visions, and shadows as well.
It’s a work that is open to interpretation—a mind map that is preserved by time, like a memory that is kept alive in order to prevent it from passing into oblivion. Silver Monsters* provides a framework of thought to explore the relevance of our collective and individual histories as well as our backstories—those intimate fantasies that can be phantoms or maybe butterflies, fears or maybe virtues, scums of an imperfect yet beautiful mankind that is able to hang in a fragile yet sustainable balance.

Eva displays a poetic sensitivity that is hidden in her eyes, in her ability to tell without exaggerating, without screaming. She is careful to give people a space of understanding, something they can build together, the possibility to think without being forced to, without being obliged to. Eva speaks with the typical politeness of a woman, of an artist, of a person who is respectful. She shows respect for each other’s ideas, for each other’s weak points, for each other’s words. Eva respects everyone else. Her works fearlessly go through time and fearlessly dispel any doubt, as they are protected by a beauty which lies in their simplicity, in the peace of mind of those who have no fear to fail, who don’t necessarily want to explain everything. Eva’s artwork is made up of small steps that slowly become bigger and get lost in everyday’s thoughts and actions—small yet decisive steps, slow yet brave steps that play an important role, that leave their mark and have no fear to explore, have no fear to move back or stop, and have no fear to get lost. Eva’s work is like her mind—it’s free. It belongs to time without falling under its influence—it rather navigates through it and in doing this, it becomes part of it, it lives in it, it explains it.

In each one of Eva’s works you can appreciate its grace, which is given through minimal, almost undetectable signs; her work is full of details and exerts a disarming force—an oxymoron describing our apparent weakness and enormous strength. Her narrative is based on a view over Italy’s and Sicily’s recent times, which is given through the overall and realistic look of someone who observes in order to understand. The Mediterranean Sea lies on the background, with its amazing stories emerging from its deep waters, where everything is possible. A melting pot of languages, cultures, border lines and points of view, plots, stories, words used to speak and deny, sounds and finally silence. This is what inspires Eva—the worlds she explored her way, without making a judgement, dealing with a complexity that enriches you, that gives you more opportunities and makes you cross any limit.

Marisaldi offers her view of reality through a wide selection of works that build up a small archive: drawings with the same light, delicate stroke as notes; small, precious embroideries looking back at the past, at our inability to preserve its memories, torn apart by thousand silver small fishes and saved by the artist’s intervention; big pieces of blue fabric that have been painted in a way that recalls underwater worlds; reinterpretations of iconic masterpieces from Italy’s 15th century with a tribute paid to Antonello da Messina and his pure genius; and finally ghosts coming out of the news, metaphors of power and of its incomprehensible distortions. In this compendium she brings together periods of time and areas of interest that are also far one from the other—she’s aware that she is able to connect different levels of meaning while being consistent with, and focused on a narrative project that wriggles its way out but comes always back on the main path. This project has been unexpectedly influenced by some books over Sicily, written by authors who described its virtues and vices. One of these writers is Vincenzo Consolo, a recent friend of Eva who helped her understand the character of an ancient people—half-breed, generous and complicated persons who are both cheerful and murky as their land and sea.

Eva Marisaldi becomes a “storyteller” and in Silver Monster’s anglosaxon incipit—once again like in an oxymoron—she actually presents a very personal and interesting vision of a real, cultural and human landscape that is soothed by her gentle look, thus becoming a place for the soul, a place where many things happened and many others will happen. A place that, as Consolo says, “(…) suddenly shakes, twitches, rears up, sinks down, reaches summits, lowest points, draws zig-zag lines, severe entanglements, breaks the heart of rocks, marls, sand, the seismograph’s needle (…). A land that hosts vulcans, where energy and destruction live together, where the sublime lies in its indescribable beauty and has an influence on our lives, where the sea sets the pace and the limit can be crossed in one direction or in the other, a land where everyone can be nobody if they want or, if they want, they can always be themselves.

Miraggio and Mistery Box are made in collaboration with Enrico Serotti