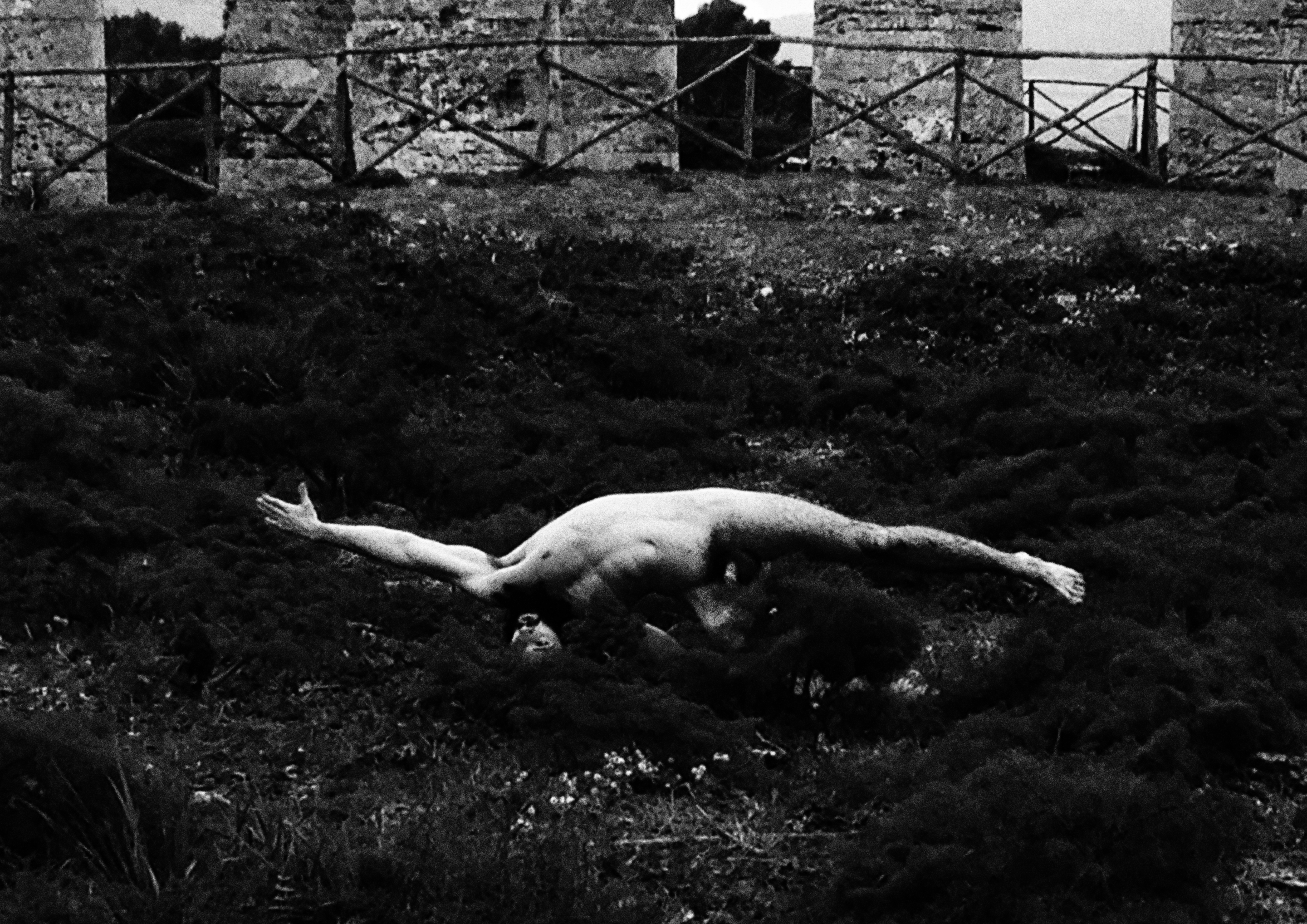 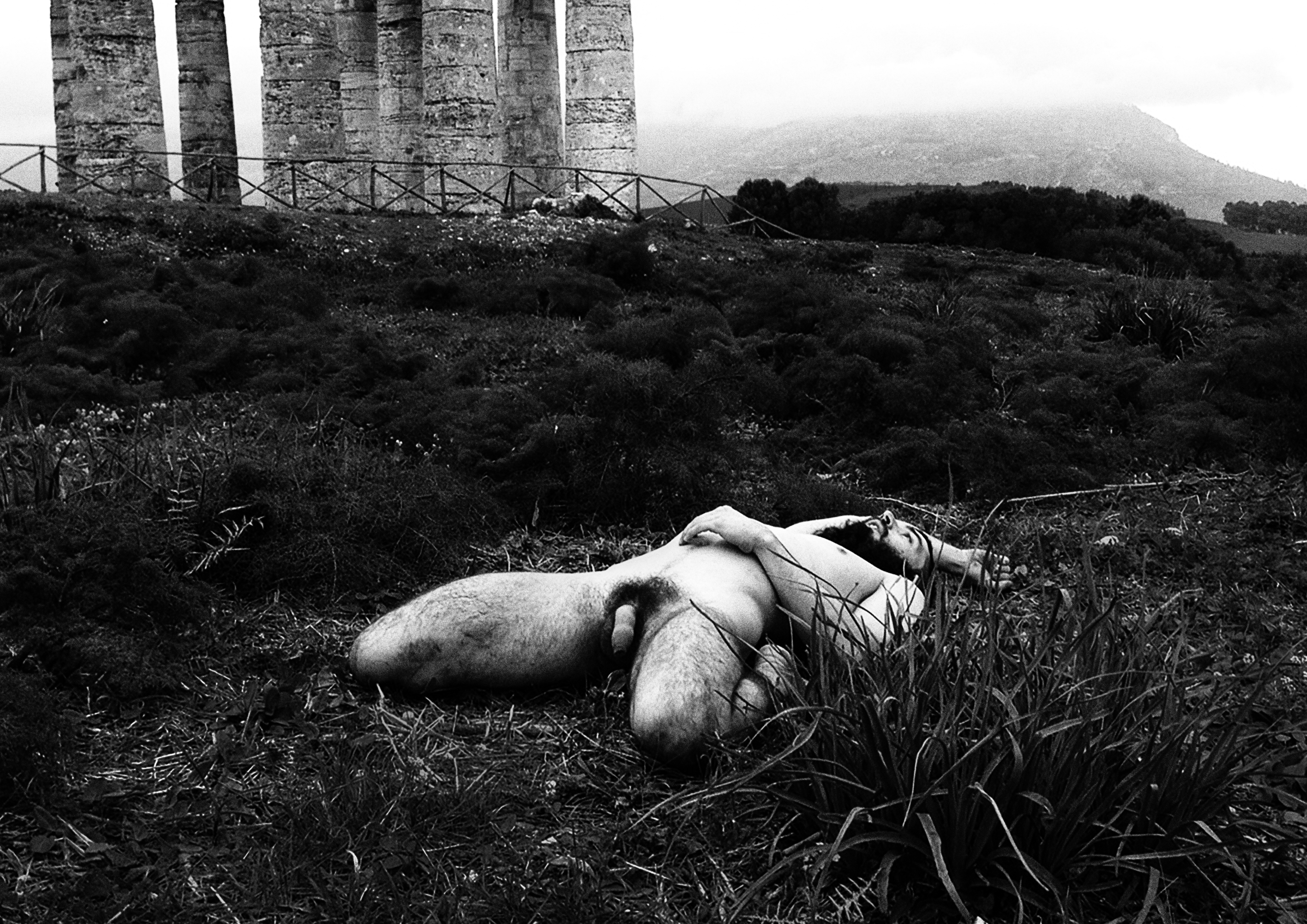 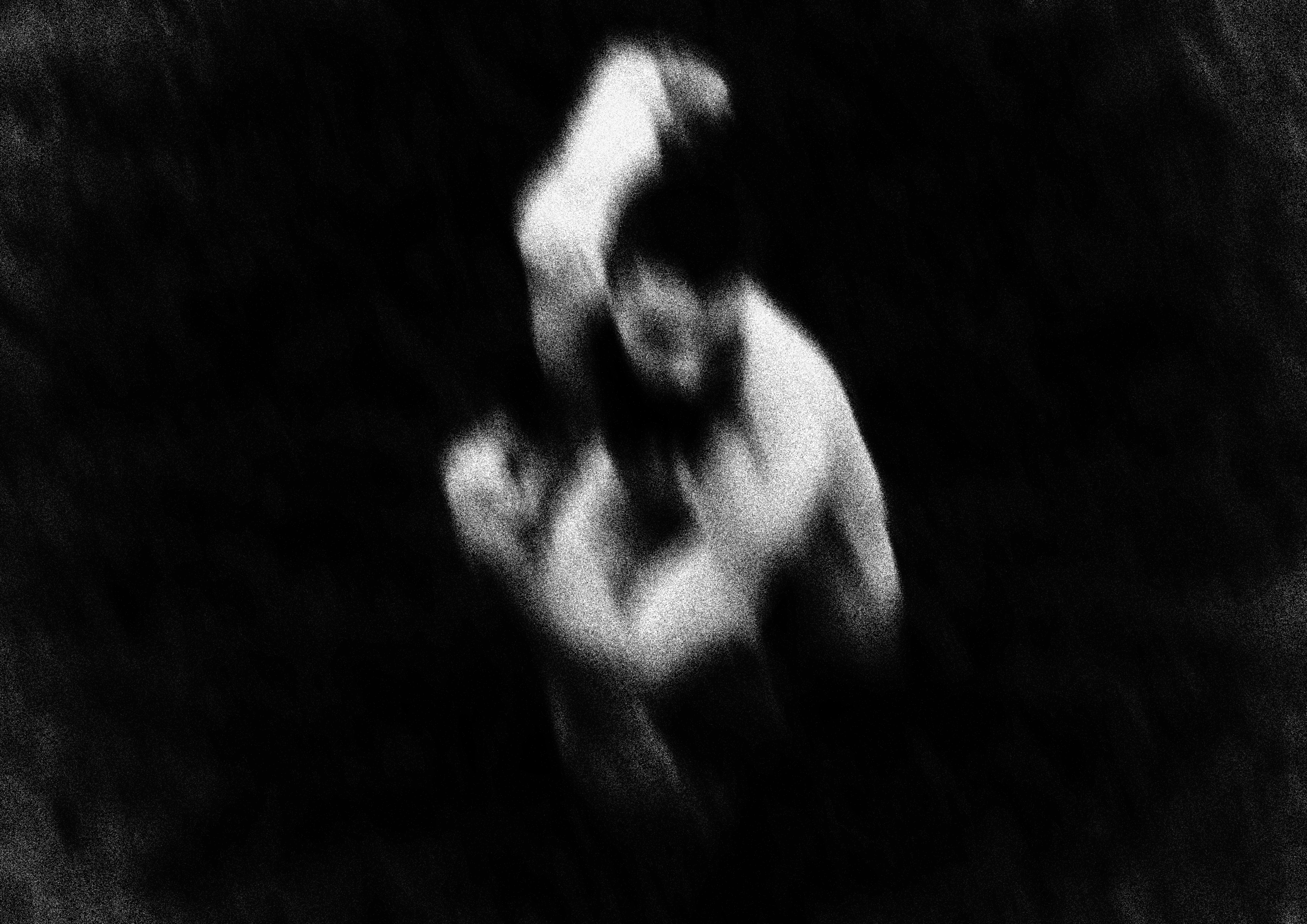 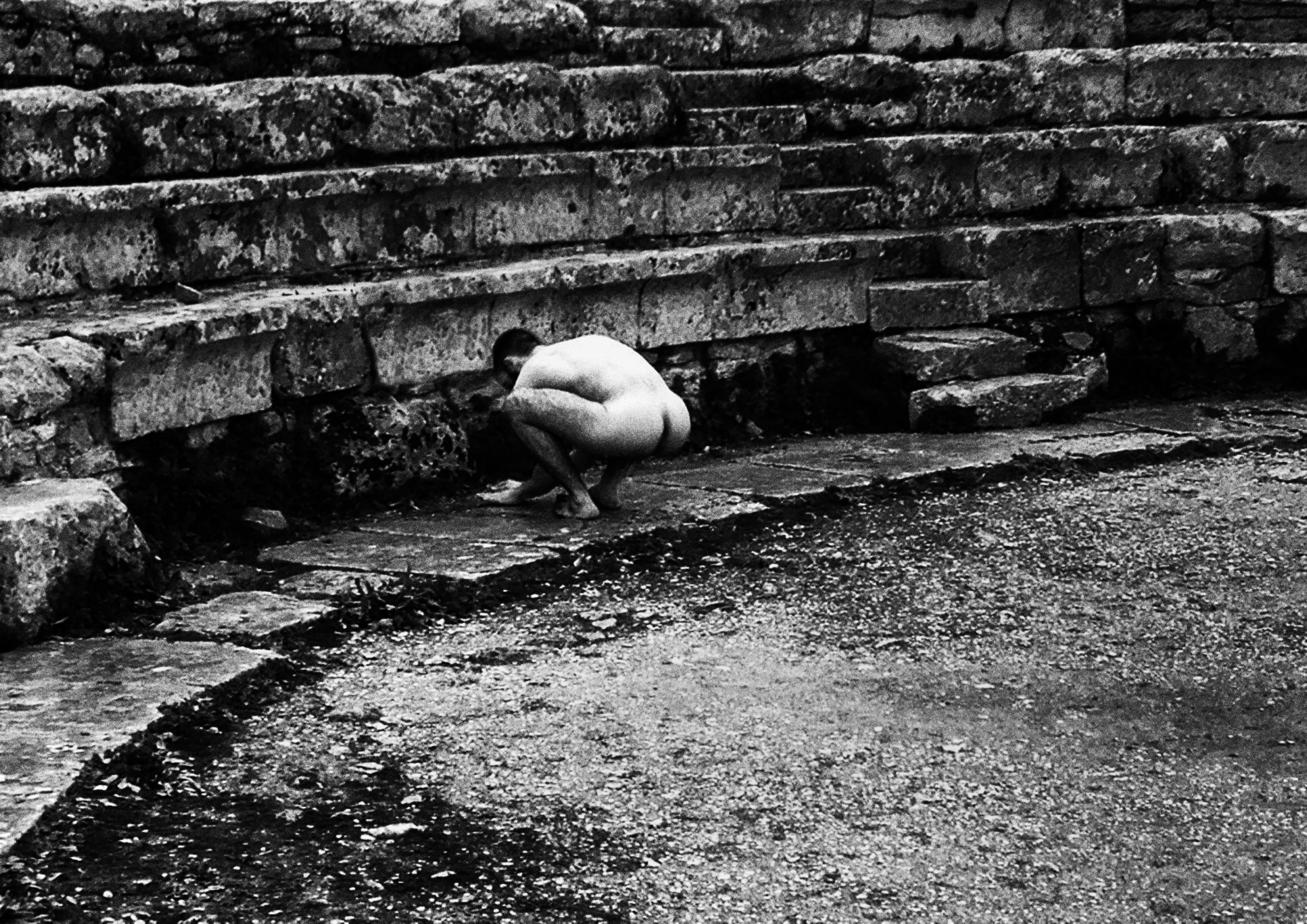 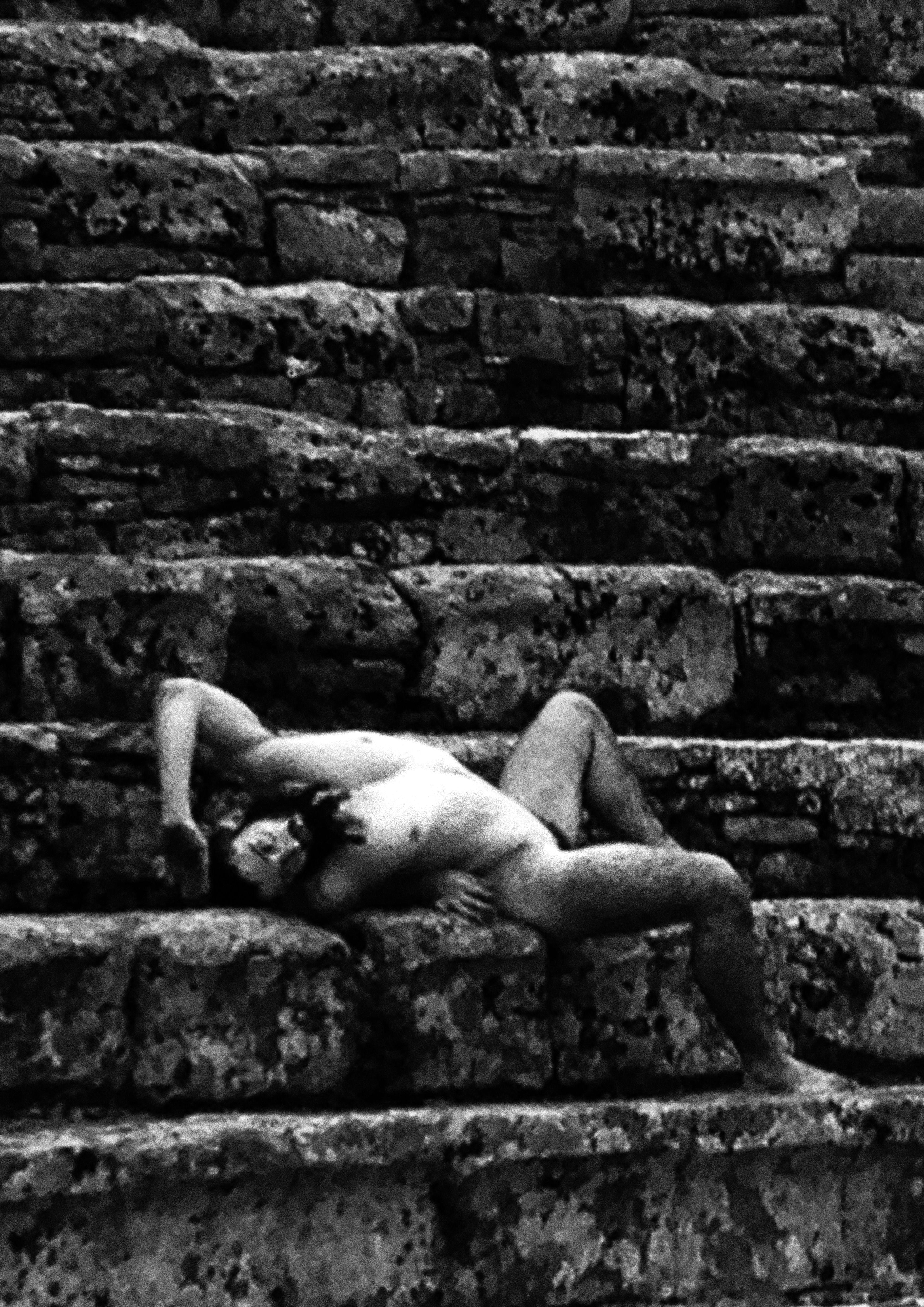 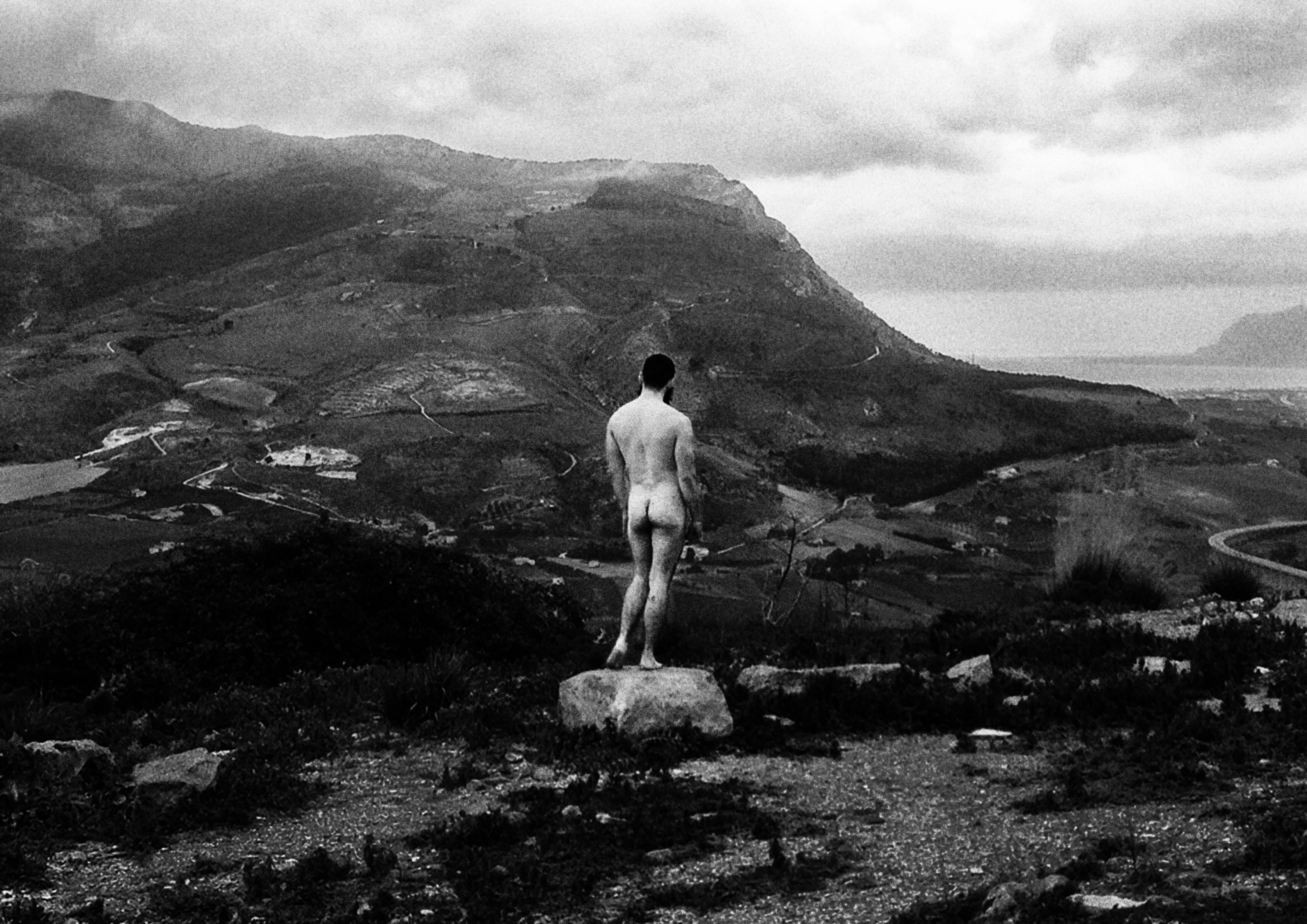 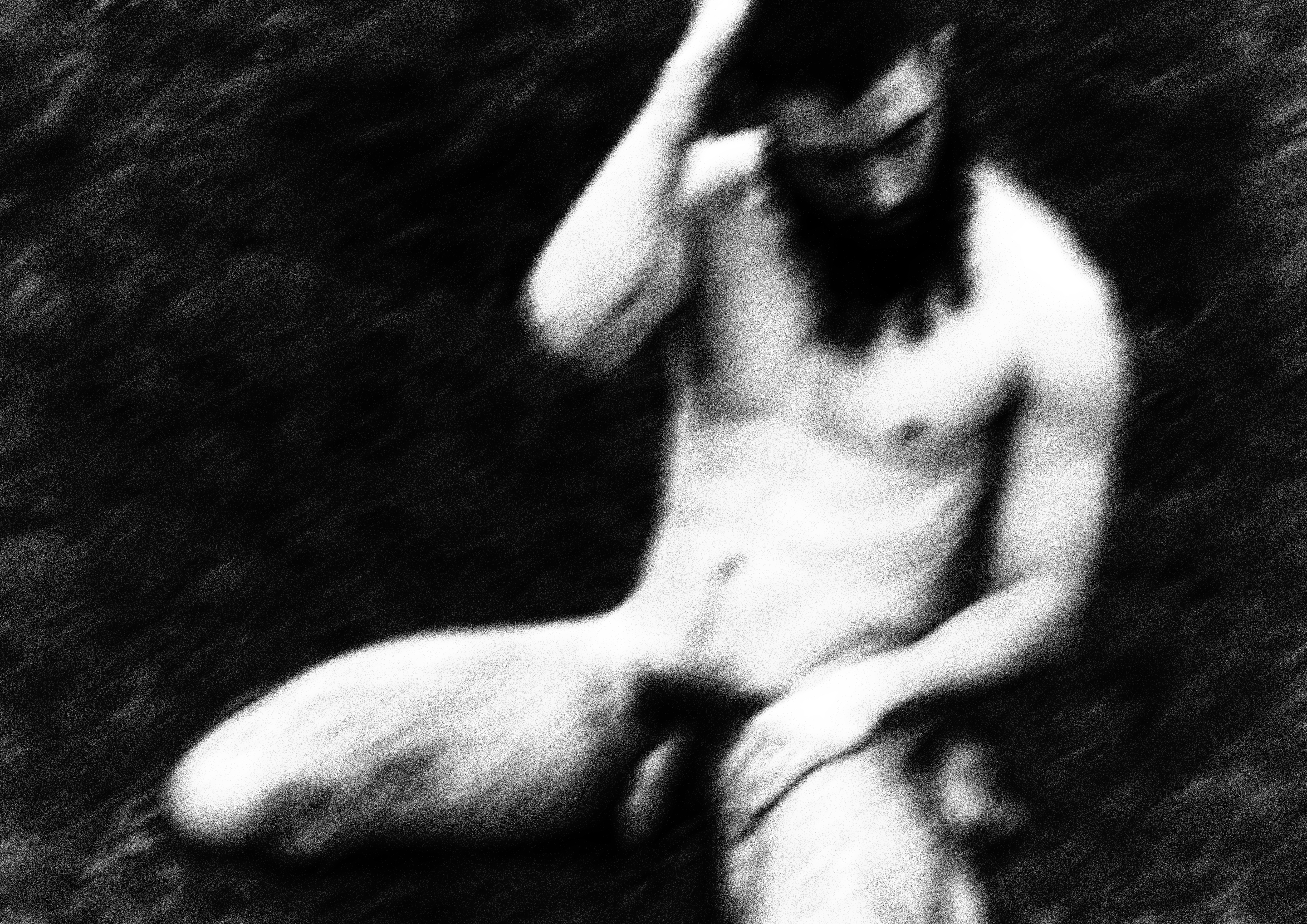 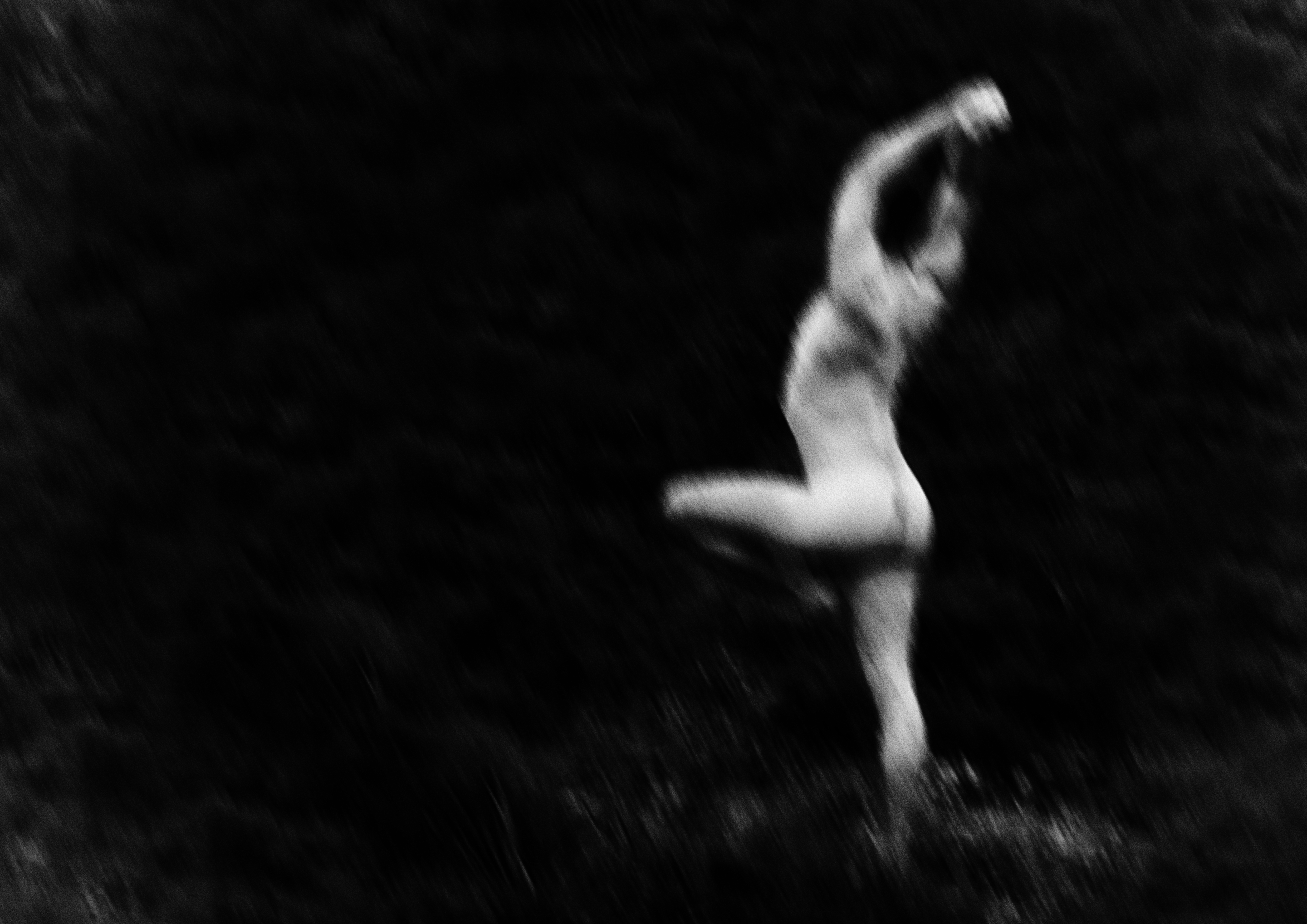 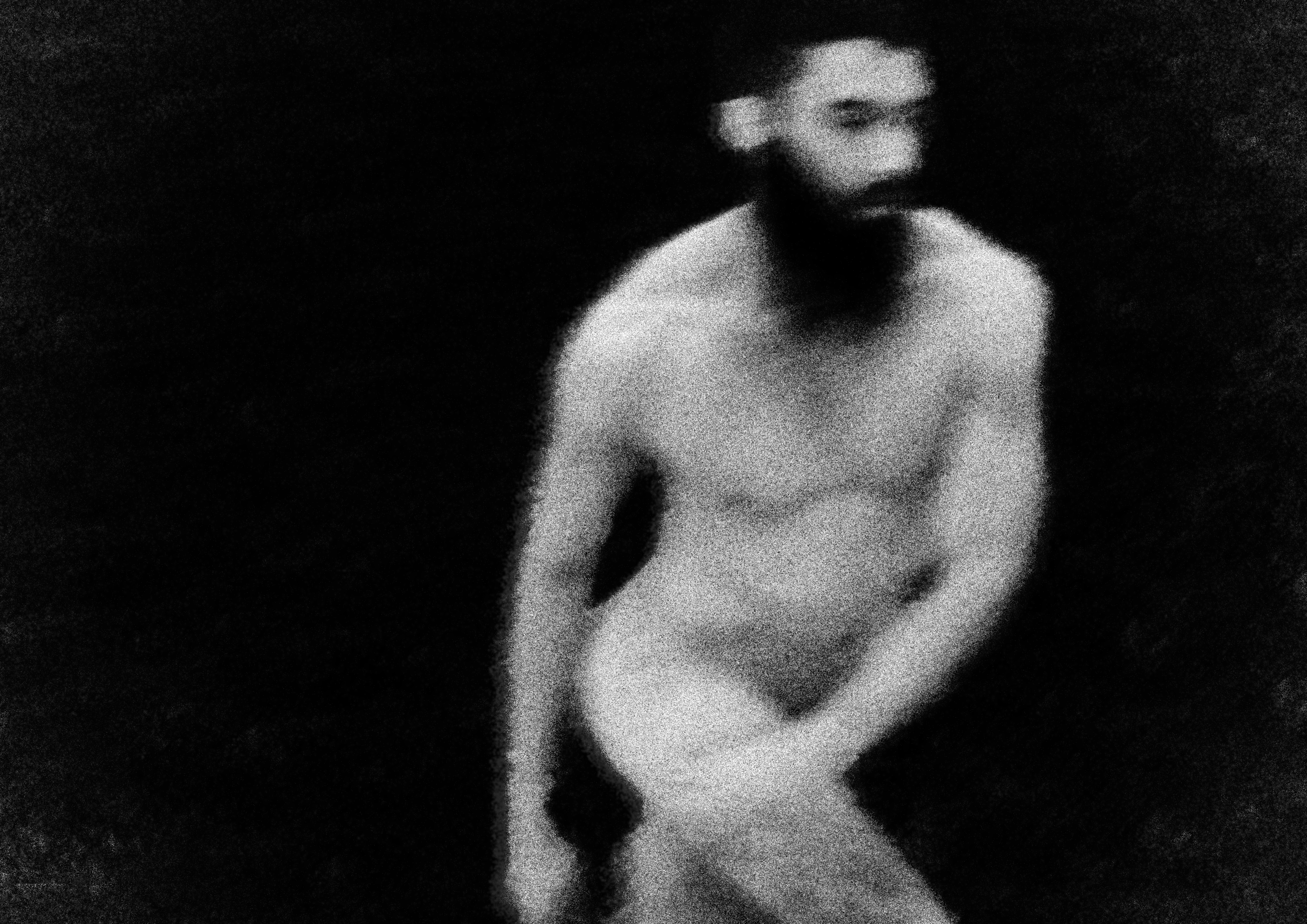 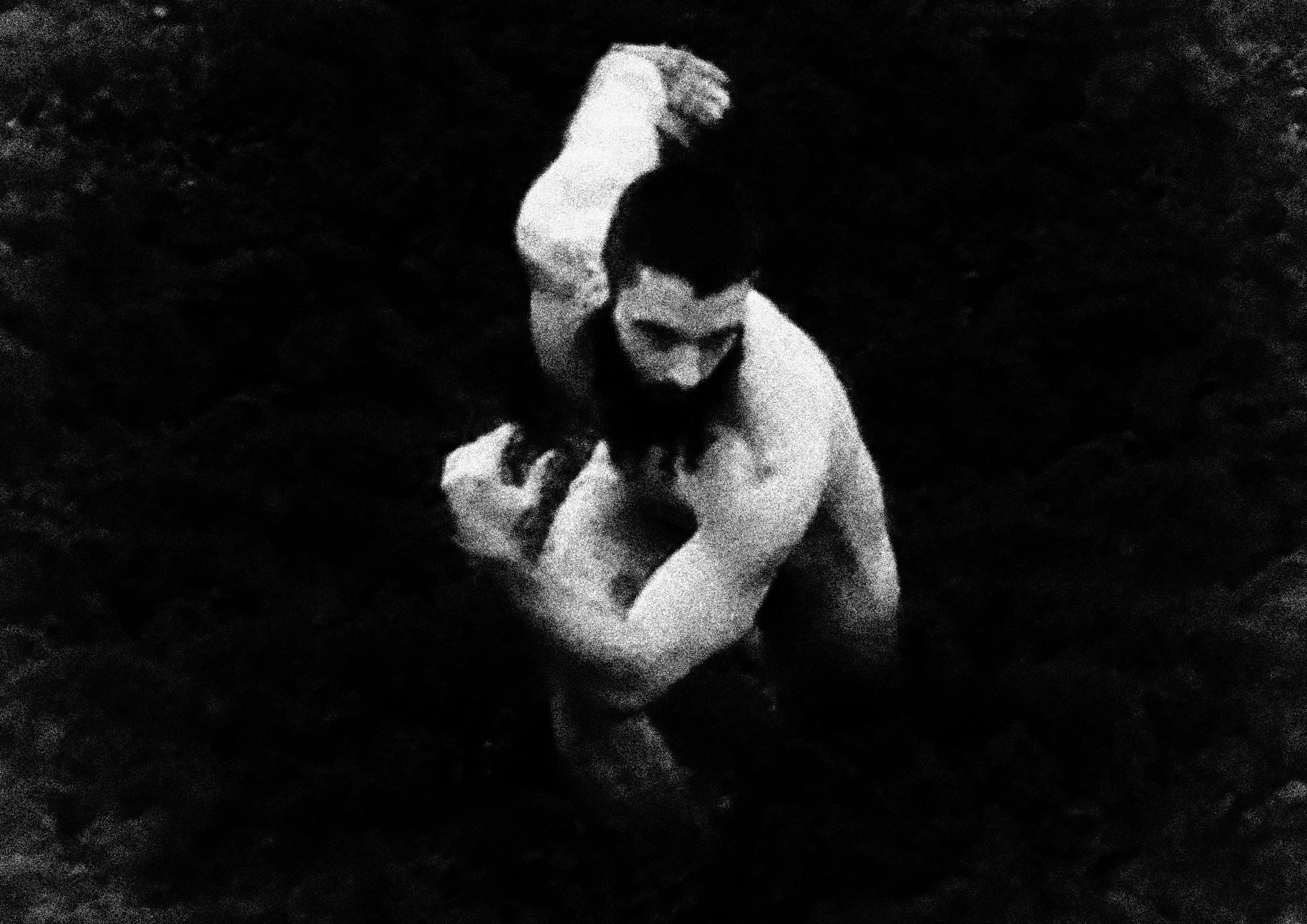 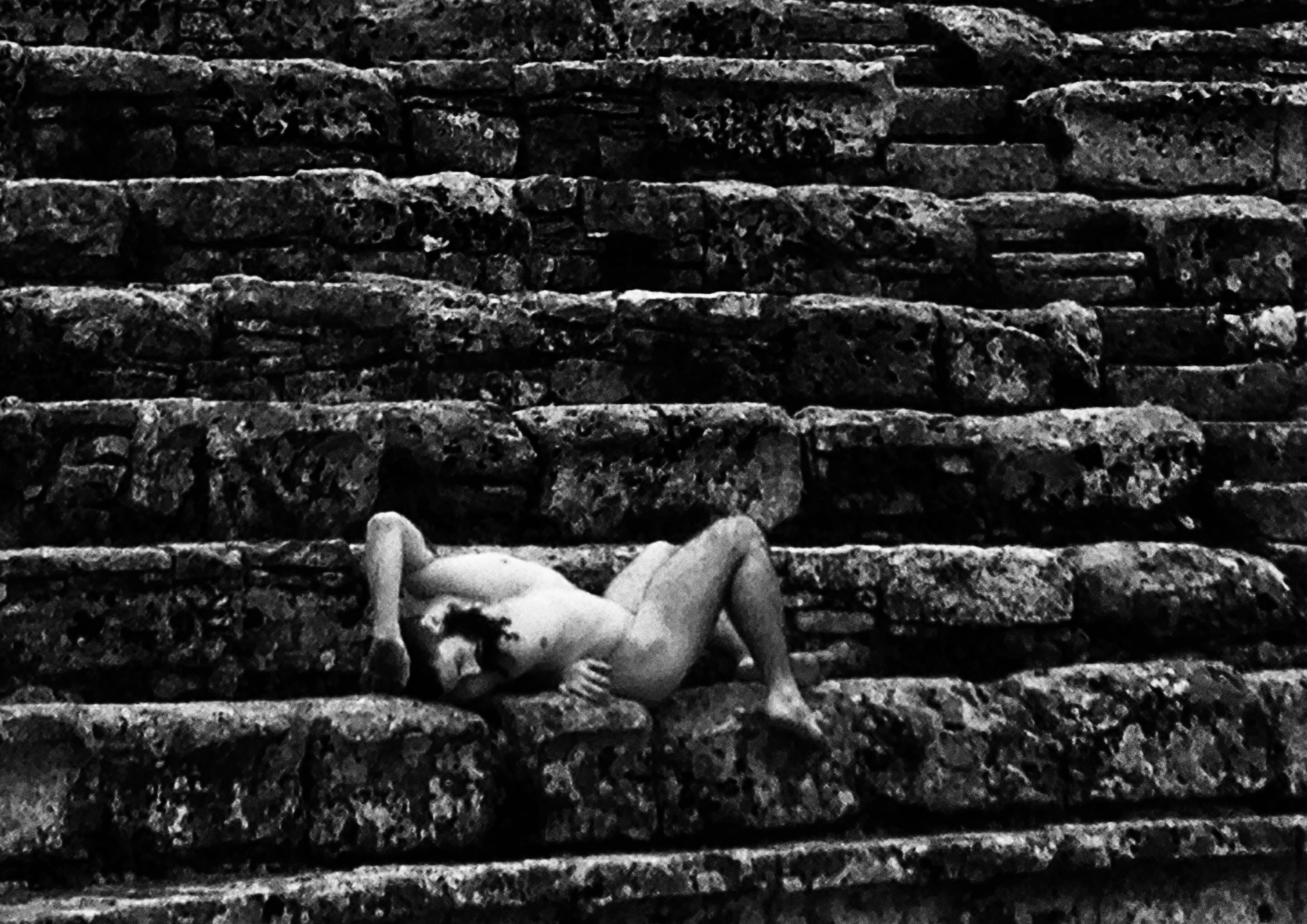 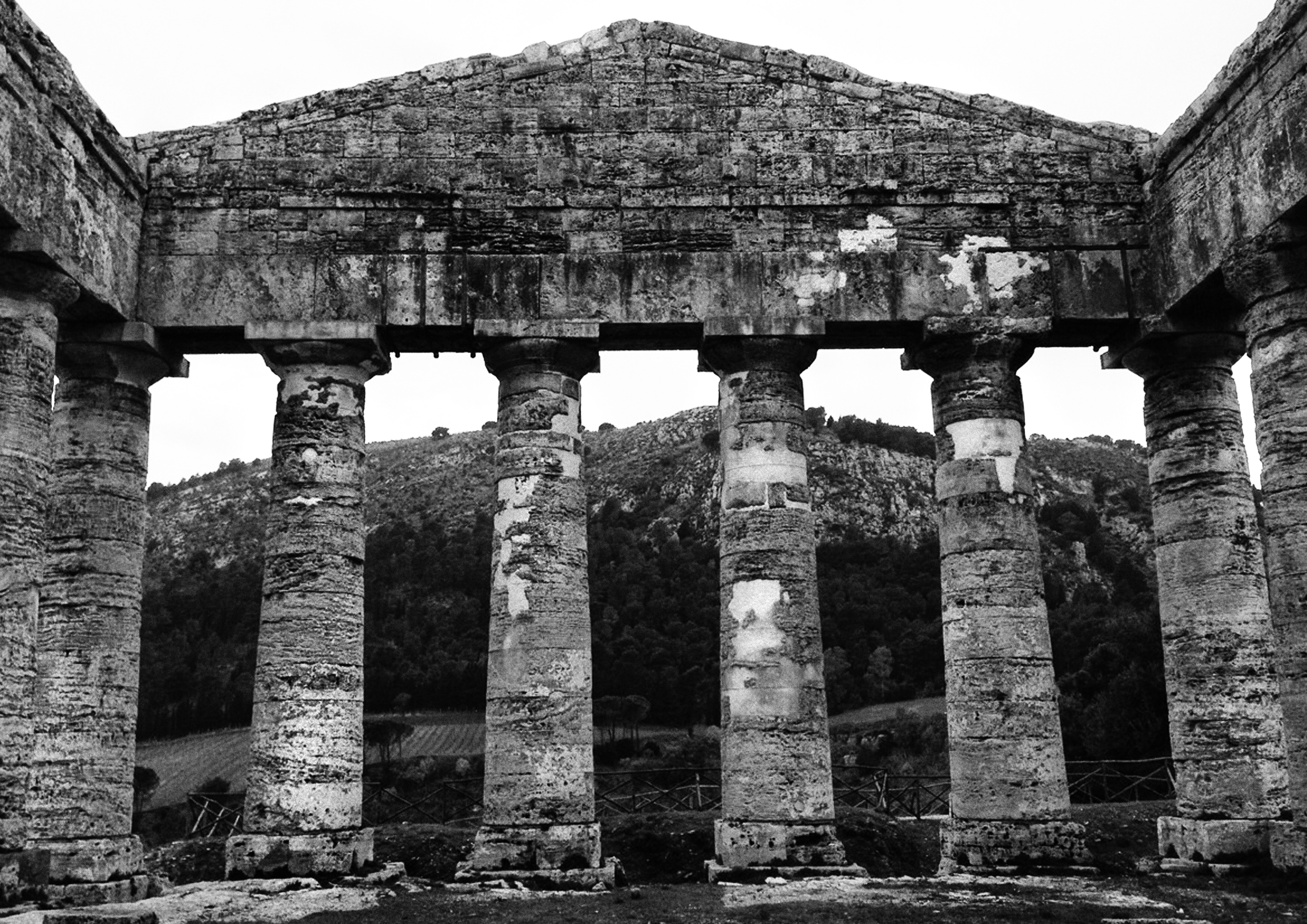 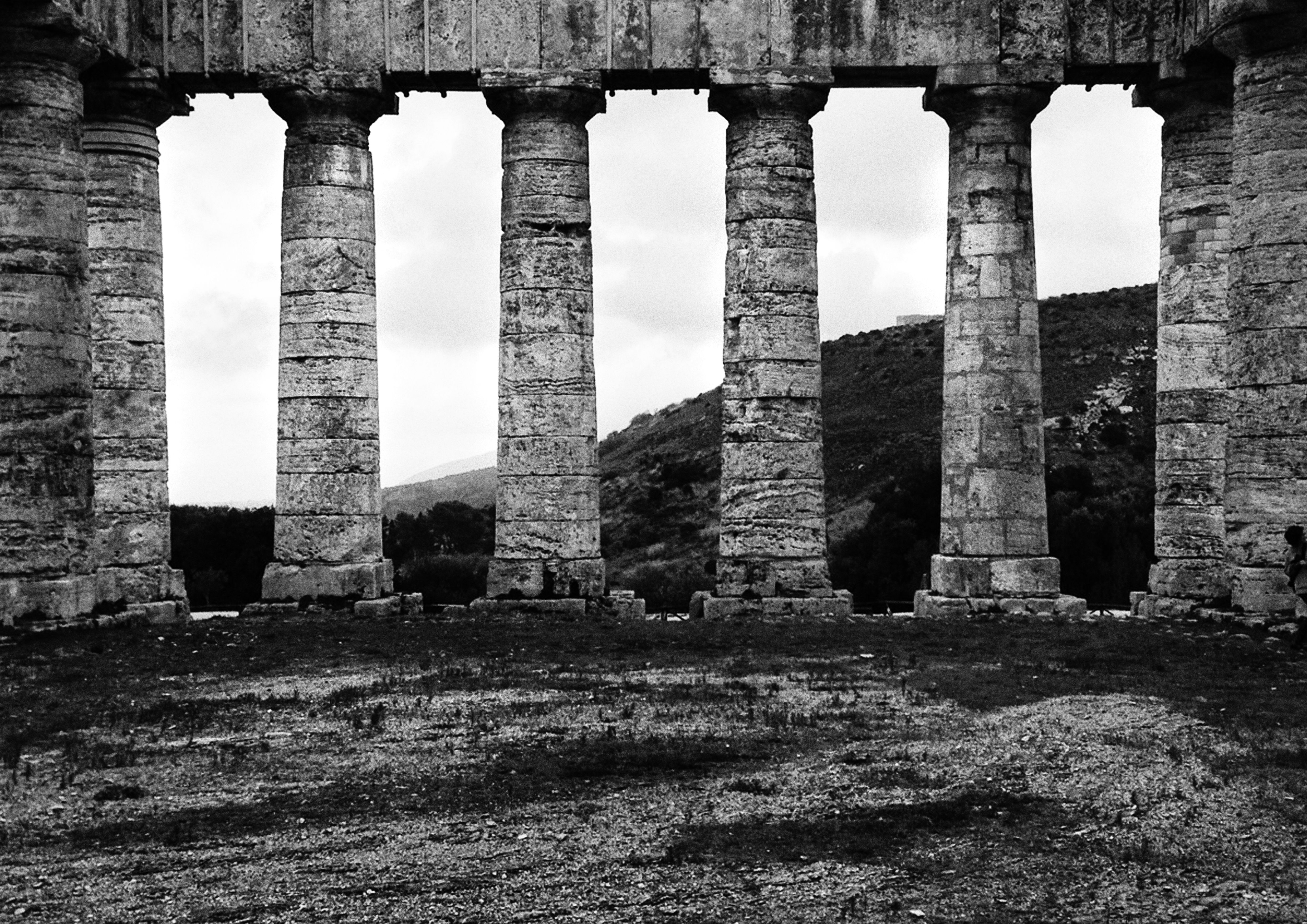 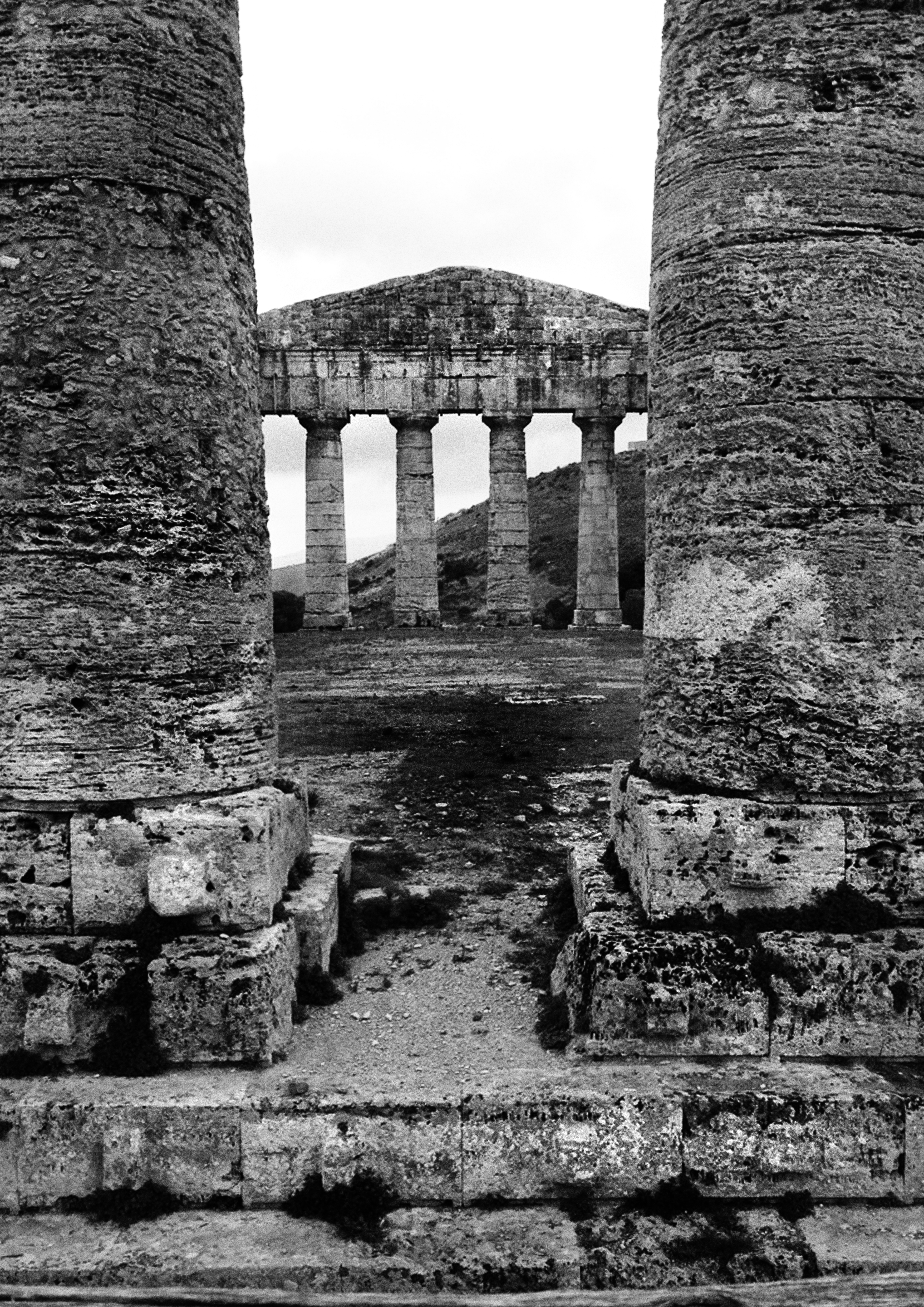 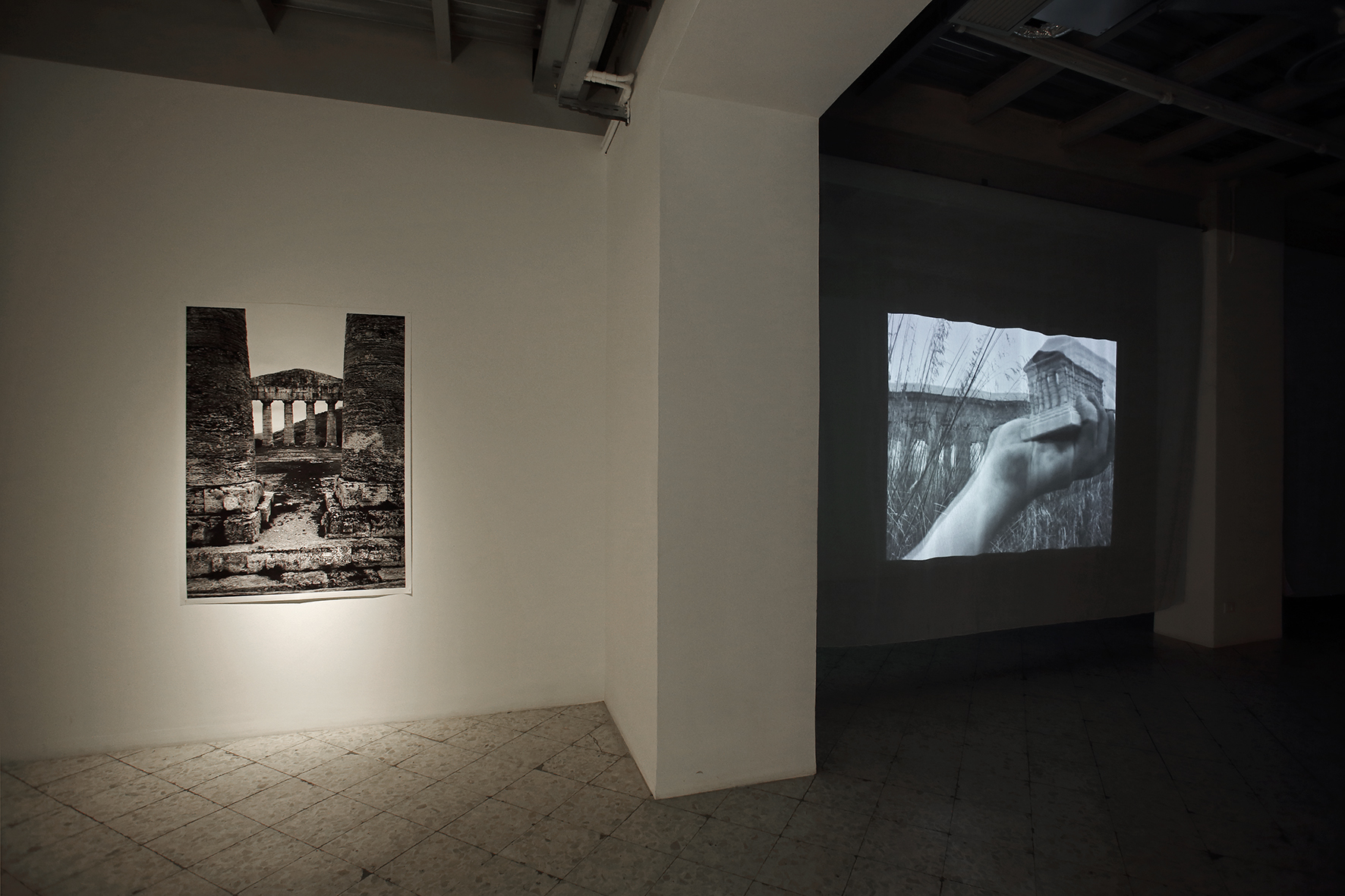 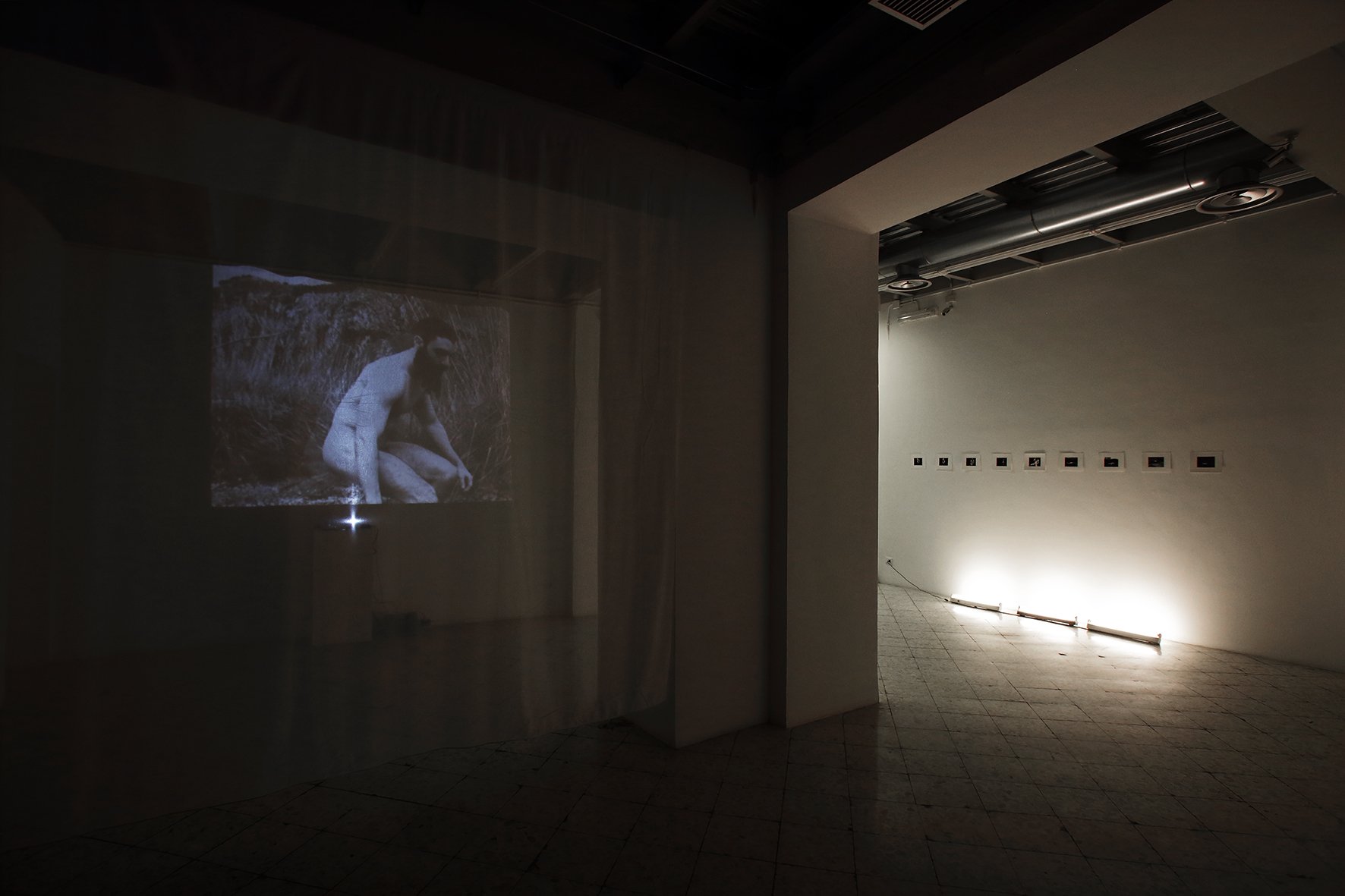 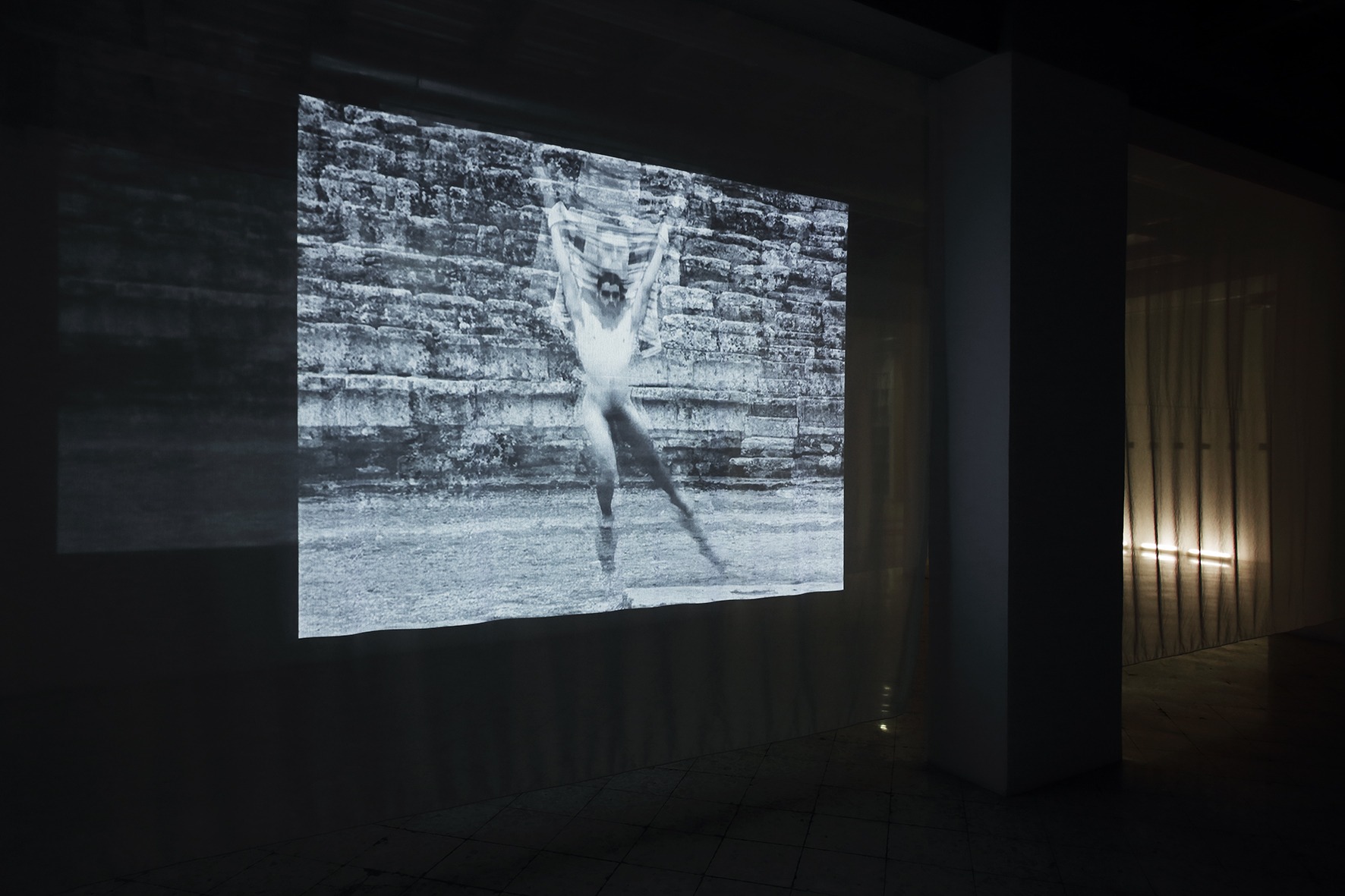 “The inspiration for my favourite theme of life in Antiquity, which was new to me, came in the classical regions of Sicily. The verses of Theocritus and Homer, which transported me back to the world of Arcadian shepherds and musicians, worked their spell on my spirit”

Et in Arcadia ego, it is the title of a famous painting by Guercino of 1620, a memento mori in a pastoral landscape. But, perhaps, even more famous is the motto of the title whose exact meaning is still debated among academics. It could refer to the omnipresence of death in time and space, even in a pleasant place like the Arcadia which, from the seventeenth century onwards, is understood according to the symbolism of Virgil and the Idylls of the Sicilian poet Theocritus: an idealized place populated by shepherds-poets. Even today, the term refers to some artists and writers who, at different times, have been drawn to the nostalgia of a life lived according to Nature.

Among these, one of the most famous is Wilhelm von Gloeden, a German photographer who settled in Taormina in the second half of the nineteenth century, making photographic tableaux vivants en plein air with nude ephebes in poses and with disguises that stage a classicizing Arcadia and bucolic-pastoral idylls. The production of Von Gloeden had great international success both for its exoticism and for its homoerotic components and, after a long period of oblivion, starting from the Seventies it was rediscovered and, still today, fascinates contemporary artists, above all for the use of disguise and photography as a theatrical practice.

Thus the recent production of British artist and director John Maybury, created in collaboration with the performer Arthur Gillet, brings to mind the subjects represented by Von Gloeden: timeless figures, suspended but linked to the reality of the landscape and shaped by the pictorial references of the romantic paintings. The black and white photographic images of Maybury come to life in the videos that open up new visions of strength, control and harmony, where the movements and shapes of Arthur Gillet’s sculptural body are enhanced by the hard and timeless hard edges of the solid stone and by the magnificence of the ancient theatre of Segesta overlooking the wide panorama of the gulf. Arthur Gillet blends his movements in a seamless joining with the corners of the ancient architectural grandeur of the surroundings with the fluid and powerful language of his body. His sensual poses refer both to the Dionysian dances and to the tension of the Hellenistic statuary, where every muscle of the body transmits a strong pathos. Nature and Culture merge. The thick satire beard of the performer reminds us of the god Pan, divinity of uncontaminated vegetation and animals, shepherd of a rural world without laws, of pure enjoyment and wildness, almost an anthropomorphization of Nature seen as a single organism (Pan = whole). Arcadia as a symbol of unprejudiced sexuality, free from morality, the memory of archaic eras, during which the human being lived immersed in this sort of “panic and cosmic promiscuity”.

Catalysed in 2015 by Francesco Pantaleone, this new collaborative project brought together the director and the performer with the idea of making a journey through ancient Sicily, giving life to improvised choreographies, in empathy with the landscape and with the energy and personalities of the group which was formed almost by chance. The performer constructs an ephemeral movement and, through his bodily participation, completes the director’s gaze. Arthur Gillet stages a spontaneous happening, similar to that enacted during the inauguration of the exhibition, Masculine / Masculine. The male nude in art from the 1800s to the present day (2014), at the Musée d’Orsay, but in a different context. His sinuous and malicious narcissistic gestures seem to correspond to the words of Charles Baudelaire and his mystical vision of reality, where Nature is compared to a temple and consequently is sacred, becoming the privileged place of communication with a profound and authentic reality. Gillet exemplifies with his body, and aesthetically disguises himself according to, the ideal canon of Greek beauty, freeing himself from any moralistic superstructure, ending up resembling what he wishes to be.

In the video works shot by Maybury, in collaboration with Gillet in Segesta, some elements in the way of resuming the body that dances, in the duplicated and superimposed image, the fading psychedelic effects, are linked to his experimental videos of the end of the years 80, like the videoclip created for the international hit Neneh Cherry in 1989, Buffalo Stance or the 1998 film, Read only memory, with the legendary performer Leigh Bowery. Elements of postmodern aesthetics in which artifice and citationism are used to create original collages, anti-narrative but not devoid of irony, in reference to the surrealist technique of the cut-up used by the writer William Burroughs. The estrangement effect of the videos filmed in Segesta is amplified by the music composed by Brian Eno specifically for these images.

These motifs represent the typical stylistic trait of Maybury’s visual language, formed in the early 1980s in London, as part of what critics called the New Romantic Cinema, bringing together a group of independent filmmakers that included Maybury with Cerith Wyn Evans and others who worked mainly in super-8. They invented a new style made of visual excesses, often homoerotic sexual performances and social criticism. It must be remembered that in England, homosexuality was decriminalized only in 1967, while for Scotland and Northern Ireland it was not until the beginning of the 1980s. And it was precisely from cinema, perhaps more than other forms of art, that it contributed to a complete ‘legitimacy’ of homosexuality in culture and in the collective imagination. Among these authors it is sufficient to mention the artist and director Derek Jarman, a cult figure and mentor for Maybury, who died of AIDS in 1994, and who testified with his art and his life a fight to support the rights of homosexuals and to publicly and sincerely discuss the illness that took him away. A historical period that coincided with the three governments of Margaret Thatcher, characterized by strong social and political tensions, and marked by recession and unemployment; not to mention the racial unrest that stirred the United Kingdom and the exhaustion of the London Punk scene, turned off by its own nihilism.

In this scenario the group of young creatives to which Maybury belonged rotated around the new nightclubs, in the period when the London underground club culture started, a stimulating time in which different personalities came to fame, from Boy George to John Galliano, from the Spandau Ballet to Leigh Bowery, of course, all who would influence the arts and fashion of the following years. A fruitful period and, perhaps still undervalued, in which all the traditionalist positions on sexuality, gender and identity were transgressed.

John Maybury (1958) is an award-winning British filmmaker and artist. He studied at North East London Polytechnic and St Martins and designed sets for Derek Jarman’s Jubilee, and worked with him on The Last of England, War Requiem and The Tempest. By the early 1980s, Maybury was; leading light of the British underground film movement. Along with his equally precocious contemporary student Cerith Wyn Evans, Maybury pioneered with a style that was unashamedly exotic, with influences from Kenneth Anger to Jean Cocteau. The movement’s first major show, entitled A Certain Sensibility, was at the Institute for Contemporary Art in London in 1981. Through the 1980s he produced a number of short films and music videos including the video for Sinead O’Connor’s, Nothing Compares 2 U, which was voted #35 in a Channel 4 poll of the greatest pop music videos. In 1998 he produced his first full length feature Love Is the Devil: Study for a Portrait of Francis Bacon a biopic on the life of Francis Bacon. In 2005 he directed The Jacket and in 2008 his film The Edge of Love, a biopic on the life of Welsh poet Dylan Thomas starring Sienna Miller, Cillian Murphy, Matthew Rhys and Keira Knightley premiered. He also directed the final episode of the critically acclaimed HBO/BBC Rome series. In 2005 he was listed as one of the 100 most influential gay and lesbian people in Britain.

Arthur Gillet (1986) is a French artist, designer and performer. He studied at the Fine Art School of Rennes, and contemporary dance at Musée de la Danse. He participated at the SalonSatellite of the International Salone del Mobile of Milan. After graduation, and a long “pilgrimage” in Italy, Arthur moved to Paris in 2012 where he has exhibited installations and performances at MAC/VAL, Musée d’Art Moderne de Paris, Palais de Tokyo. He has collaborated with Cassina, John Maybury, François Chaignaud, Cecilia Bengolea, and Louis Phillipe Scoufaras. In 2015 he won a prize for young talent at the international Parisian fair of design Maison & Objet, for the ceramics project “Seven erections”. His work around identity, desire, image and perception of reality makes him use his own body and his own image as seen through other’s perception by creating a broad spectrum of identities. Questioning gender but also genres, he’s infiltrating publications, such as erotic, fashion, or artistic projects. Playing with genres implies here also to confuse social delimitations between model and artist, object and subject, literally referred to the symbolic and social organization of power and desire between bottom/passive and top/active. His happening in the masculine nude exhibition at Musée d’Orsay and the performance-installation « Je t’aime bien mais je n’aime pas ton image » at Pierre-Alain Challier’s Gallery is more obviously related to this experimental and empirical approach of the « modelling » role as non-passive in the process of image manufacturing, through the tools of the era of dematerialization.