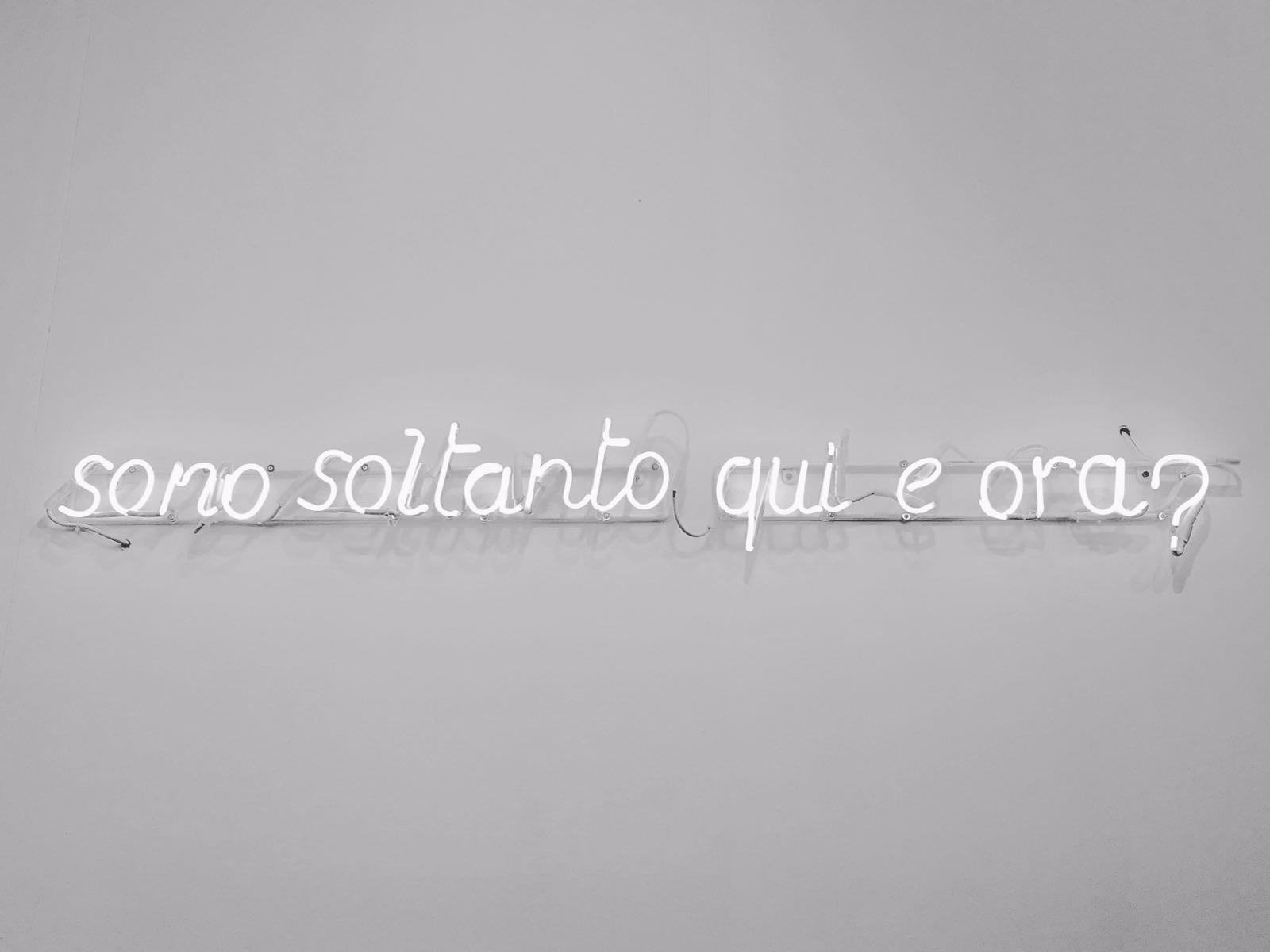 If surviving the passage of time has any meaning, maybe it is conveyed through art—then, perhaps, it’s the works created by sensitive artists, our time prophets, who secure the immortality of that infinitesimal moment that is the journey of man on this earth.

The idea behind ​​this exhibition was to pay tribute to Attilio Rappa, friend and collector, whose love for contemporary art became the fundamental cornerstone of his life.

I have long been thinking about showing a series of works linked by the theme of light, but I managed to set it up only now that I am driven by emotions, and it was natural to relate this idea to Attilio. I was also spurred on by the work Liliana Moro made in 2017, Sono soltanto qui ed ora? (Am I just here and now?), which also gave the title to the exhibition—her work was for me a kind of inspiration for something that I already imagined in my head.

Exploring further this idea I realized that some of the artists I had in mind were artists who joined her collection over the years or with whom there were projects in progress. I visualized the island of Pantelleria—as well as the many days of work and fun all together in that place we have all loved—where time and light seem to be elements that are as much natural as immensely powerful.  I have brought together memories, languages ​​that are very different but relevant—I have imagined connections, I wanted to give life to a potential choir made up of many voices.

So this tribute idea began to take shape, displaying a deep sense of nostalgia but also gratitude, which, if you like, is the possible continuum with an otherworldly dimension, where ideas, feelings, memories are more important than reasoning and measuring, as to establish a limit.

In this sense, the works of Avaf, Loredana Longo, Liliana Moro, Ignazio Mortellaro and Vedovamazzei tell the story of a different time, asking questions about value and meaning but also about the need to recognize the ability of time to remain fixed in our memories.

Works talking with each other, different mediums, complementary narrative approaches—each work provides food for thought. A cause for reflection can be the hypnotic seduction of light as in Liliana Moro’s neon, which raises a sharply challenging, icastic and existential question. It can be Avaf’s irony, which counterbalances the symbolic representation of color with the complexity of marginality and disorientation. It can be the philosophical and erudite narration of Ignazio Mortellaro, author of complex and symbolic works with cross-references between science and literature. It can be the strong contrast between the seductiveness of the frame and the drama of the word of Loredana Longo, a welcome that turns into a threat. Finally, it can be the poetic vision of Vedovamazzei, a touch of dynamism between light and shadow, fluctuating between reality and fiction.

Time, immortality and beauty therefore pass through the artists’ work. Perhaps it was at this juncture that men and collectors had considered the possibility of fully embracing their lives, contemplating and self-exploring. With full awareness that looking away from today’s materiality and hectic life is possible and necessary, researching the mystical and supernatural to lift the spirit and direct the eyes towards new horizons of knowledge.